an online event for the 2020 Simple Series.

David M. Dworkin joined NHC as president and CEO in January 2018. Prior to joining NHC, David worked as a senior policy adviser at the U.S. Department of the Treasury, where he advised senior Treasury Department officials on matters related to housing and community development. His expertise includes credit availability; housing finance reform, mortgage servicing, affordable housing, access to credit, residential housing vacancy, abandonment and demolition and community stabilization strategies. He also served as a member of the White House’s Detroit interagency team, where his responsibilities included developing and implementing strategies to assist in the City of Detroit’s revitalization. 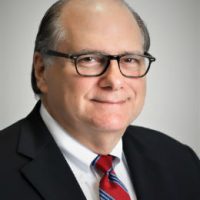 Adesina is a mortgage planning specialist based out of Portland Oregon.  She lived in Cohousing for four years and now lives next door to her Cohousing community. One of Adesina‘s focus areas is working with the Cohousing communities understand the specifics for mortgages and Cohousing. She also helps banks understand Cohousing  to overcome their frequent initial negative response to lending to Cohousing.  Adesina is also a Reverse Mortgage Planner and works with seniors to educate them about how reverse mortgage can be a tool to enhance their retirement. 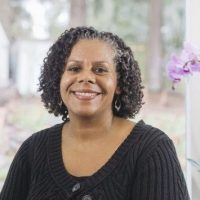 Alan has a diverse professional background beginning with a career in city and tribal management and land use planning in Wyoming. After moving to Colorado his interest evolved into nonprofit fund development, including several years building Habitat for Humanity homes. He also served a term on the City of Boulder Planning Board and recently completed a stint on the Boulder Affordable Housing Working Group. After being laid off a job, he grew tired of working for marginally competent bosses, and took some production classes at the local public access TV station and am now Executive Director at Back Country Media and haven’t looked back. He’s currently producing two documentaries about cohousing – having lived at Silver Sage Village for six years. He looks forward to helping move cohousing into the mainstream.

Betsy is a Cohousing California regional organizer and Global EcoVillage Network (GEN) Ambassador, living in community in Berkeley, California. She is part of the Cohousing Research Network and serves on the area’s Gray Panthers board, working to learn from Tiny Home Villages and landless peoples as we share cohousing principles. 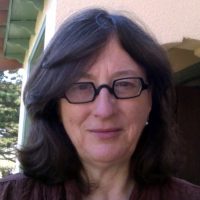 Beverly Suek is the founder of the Womens Housing Initiative of Manitoba, called WHIM.  It is an intentional community that has been operating for 6 years, and last year, incorporated as a housing co-operative.  It is designed as a retirement or pre-retirement housing for women over 50, who would prefer not to live alone and want to share their lives.  Beverly has also been involved in other community based projects like the Birthing Centre, Kali Shiva AIDS services and the Womens Enterprises Centre and believes we can all create new housing and new organizations in creative ways. 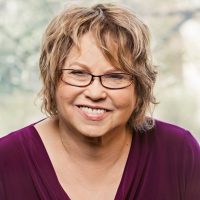 Carol Brook-Quintero is a teacher, writer, radio producer, filmmaker, and world traveler. She recently moved to a new cohousing community with her three boys (one only during college breaks). She is an English Language Teacher at a juvenile detention center with newcomer students from Central America and Mexico so she teaches in Spanish every day. At the emerging cohousing community, she holds a weekly tea time where they sing songs and sip tea using only the Spanish language. 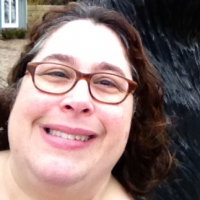 Chuck spent 34 years as a Personnel Research Psychologist and now consults for public and private organizations.  He specialized in the development of personality-oriented assessments for a variety of occupations such as Trademark Attorneys and Deputy Marshals. Chuck has been a member of CRN since 2011. He contributes his expertise in person-organization fit and data analysis. 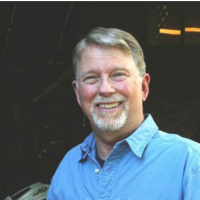 Crystal Byrd Farmer is an engineer turned educator. She has been an organizer and speaker as part of the cohousing and polyamorous communities. She serves on the Editorial Review Board of Communities Magazine published by the Global Ecovillage Network-United States. Crystal is passionate about encouraging people to change their perspectives on diversity, relationships, and the world. She lives in Gastonia, North Carolina.

Diane is a founding member of Cambridge Cohousing and former member of Coho/US Board of Directors. She coauthored the Report on the Survey of Cohousing Communities, 2011. Diane is Professor Emerita of Sociology at the University of Connecticut. She has published research articles as well as two books, The Fabric of Self (1998), which won Honorable Mention at the First Annual Book Award of the Eastern Sociological Society, and The Managers. 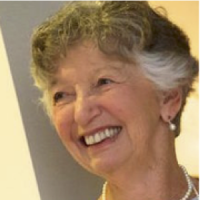 Grace Kim is an architect and co-founding principal of Schemata Workshop, a Seattle-based architectural practice with a keen focus on building community and social equity. Her clients include a range of public housing authorities, non-profit housing developers, and social service providers.

Grace is also the founder of Capitol Hill Urban Cohousing, a collaborative residential community which includes her street level office and a rooftop urban farm.  She walks the talk of sustainability – leaving a small ecological footprint while incorporating holistic ideals of social and economic resilience into her daily life.  Grace is an internationally recognized expert in cohousing, particularly for her expertise in designing the Common House. Her TED Talk on cohousing as an antidote for loneliness has been received more than 2 million views. 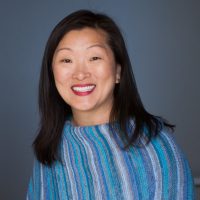 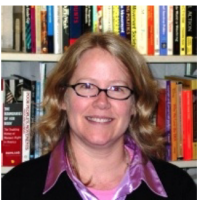 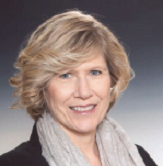 Jim Leach is president of Wonderland Hill Development Company and has led the company in developing over 20 cohousing communities in Colorado, California, Arizona, and Washington. He is a builder with over 50 years of experience in the design, construction and development of sustainable, planned neighborhoods.
Jim and his wife, Brownie, live in Silver Sage Cohousing in Boulder, Colorado, where they have been creatively participating in and learning about the senior cohousing living experience for the past 10 years. 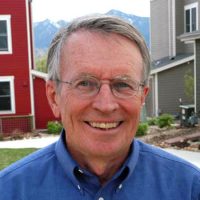 Kathleen Hosfeld is the Executive Director at Homestead Community Land Trust. In addition to overall agency leadership, Kathleen leads Homestead’s initiatives to grow the number of permanently affordable homes for ownership in our region through grantmaker and community partnerships. She came to Homestead in 2014, after more than two decades as a strategic consultant to financial services and non-profit organizations. Under her leadership, Homestead is expanding its work in King County, including developments in Tukwila and Renton. She leads efforts to deepen partnerships for equitable development in neighborhoods at high risk of displacement from rapid growth and gentrification.  She has led the agency to develop two exemplary “deep green” housing developments that pilot standards for future replication. She serves as the chair of the Housing Development Consortium’s Homeownership Affinity Group, and is the Secretary of the Board for the Northwest Community Land Trust Coalition. She holds a master’s degree from Seattle University, and a bachelor’s degree from Pacific Lutheran University. 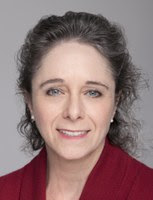 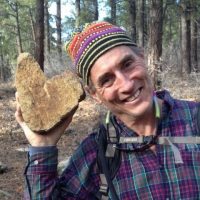 Mary Kraus, AIA, LEED BD+C is a cohousing architect and facilitator who has worked with over two dozen communities in the US and Canada over the past thirty years. She was a founding board member of the Cohousing Network (now Coho US). She lives at Pioneer Valley Cohousing, the first cohousing community in the eastern US, where she can be found preparing dinner in the common house kitchen with her cook team. 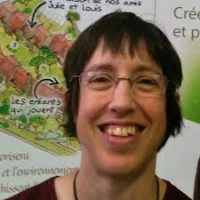 Raines is a Northern California Regional Organizer with Cohousing California, a regional umbrella group fostering the creation of green intentional neighborhoods (ecovillages) throughout the state. He has spent a quarter century launching grassroots nonprofit organizations and helping them manage their growth. He served two terms on the Cohousing Association of the United States national board and currently is a Fellowship for Intentional Community boardmember. He is a Certified Green Building Professional and Certified Senior Cohousing Facilitator, helping people create new choices for retirement, and a member of the National Aging In Place Council and founding member of The Elders Guild.

Rebecca Lane is a long time and passionate community justice organizer and advocate. She’s built a career in philanthropy, joyfully raising money for many nonprofits, with a foray into running a commercial sheep farm. She was on the founding board of the first community land trust in the state of Washington – Lopez CLT – as well as being a leaseholder in the first neighborhood built there. She currently serves on the Board of Homestead Community Land Trust in Seattle. She also served as the Executive Director of CohoUS.
Rebecca lives in SE Seattle with her spouse, Michael, a master craftsman and photographer, and with their foundling cat, who “really seems to think that he’s a dog in a cat’s body”. She is a weaver, handspinner, felter, and knitter.

Ty Albright is an artist, gardner, and theologian with 30+ years experience in commercial real estate, most of it with GE Capital Commercial Real Estate. Now retired from his corporate real estate job, Ty is working to bring cohousing to Texas. He lives in Carrollton (Dallas), Texas. Ty is a graduate of Katie McCamant’s 500 Communities program and is a trained Cohousing Development Professional. He works as a real estate project manager for various projects and helps people form cohousing groups. He is also a licensed Texas Real Estate Broker. Currently in the US, we have a large demographic shift with retiring baby boomers who need living solutions for their next phase of life. Ty understands alternative housing solutions and living strategies including the emerging “downshifting” and “right shifting” lifestyle choices. Contact Ty: ty@texascohousing.info www.linkedin.com/in/tmalbright 214-336-7952 texascohousing.info 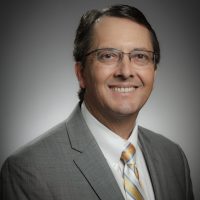 We’d like to thank our sponsor: Wonderland Hill Development Company