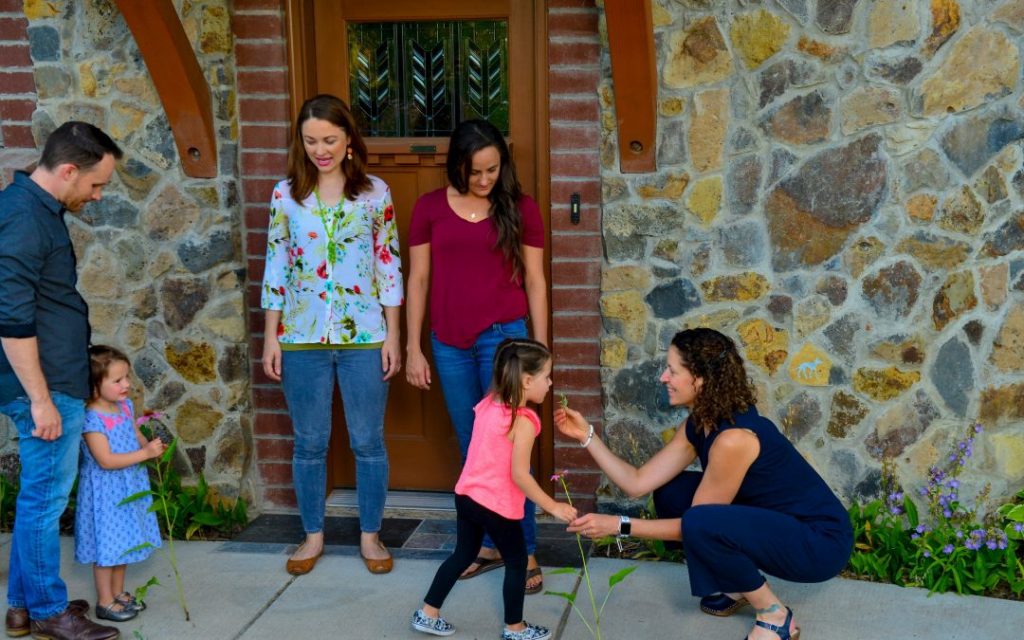 As a student or young adult, did you ever live in a dorm or shared house to save on costs? Now called co-living, this form of housing is becoming more popular again. And it’s not just because it’s an affordable option, but also because it offers community — a feeling of belonging to a family-like group instead of living in isolation.

Mariah McKay and her husband, Jim Dawson, share a co-living house affectionately called Haystack Hotel in Spokane, Wash. They own the house and rent private rooms to four housemates. Everyone shares the home’s common areas, such as the kitchen and living room. They even have shared meals six days a week, which they take turns cooking.

A comfortable home, dinner on the table, interesting conversations, potential friendships, someone to keep an eye on the home front when you’re away — all for a very reasonable cost. What more could a renter want?

What’s it like to move in with a group of people you probably don’t know? Mariah says relationships that develop among residents vary from house to house, but there is definitely a sense of community. If contentious issues arise, they typically have to do with things like chores, decorating common spaces and storage of personal belongings — not unlike biological families living together. Each household must figure out how to organize itself and how to navigate any bumps in the road.

For young single people, co-living may be a transitional lifestyle. But it can also work for older adults and adults with children as a viable, longer-term arrangement. For example, two moms with young kids could rent or even buy a home together, cutting their costs considerably. Before taking such a step, it’s important to get to know each other and discuss expectations.

For people who like co-living, it can be a gateway to cohousing, which takes community to another level. In cohousing, people live in their own home or apartment that’s located in close proximity to other homes in the cohousing community. In a city, they all might live in the same building, or the community might have multiplexes, freestanding houses, or a combination.

Cohousing communities function like an old-fashioned neighborhood where people all know and help each other. In addition to individual homes, they include shared indoor and outdoor spaces, like a common dining room and kitchen for community meals, and courtyards or lawns where adults can relax and kids can play.

Cohousing communities are self-governing — they create their own policies and guidelines and usually make decisions by consensus. Most are multigenerational, but some occupy special niches like senior cohousing for people over 55.

While Mariah and Jim currently live in a co-living arrangement, they are making the leap to cohousing. Haystack Heights, a community they founded in Spokane, is still adding members, and construction of their buildings is expected to start later this year. Find out more at https://www.spokanecohousing.com/.

In the past, people seeking housemates would post ads in local publications, on bulletin boards, or on websites like craigslist. These methods still exist, but nowadays, services that match co-living seekers with opportunities are popping up online.

OpenDoor Portland recently expanded from Oakland, Calif., to the Portland area, starting with two large homes that were remodeled for co-living. Bungalow.com is a similar organization operating in cities across the country. People looking for a co-living situation can go online and see what’s available in their area. They can apply online, and the service takes it from there. Rents are about one-third to one-half of what a one-bedroom apartment would cost in Portland.

According to a March 2018 Fast Company article, IKEA did a survey in 2017 that showed people would rather live in small co-living arrangements than in large complexes that are being built in some U.S. cities. The latter are more like glorified dorms or hotels.

Among other findings, survey results showed that people:

This was just one survey, but it supports the style of co-living that people like Mariah and her husband are following. Co-living and cohousing could potentially even coexist — a cohousing member might rent one or more rooms in their home, or a cohousing community might include one or more homes that are rented to small groups of people. Whether this was possible for a given community would depend on its bylaws, but when cohousing communities form, there’s room for creativity and many possibilities.