Alan has a diverse professional background beginning with a career in city and tribal management and land use planning in Wyoming. After moving to Colorado his interest evolved into nonprofit fund development, including several years building Habitat for Humanity homes. He also served a term on the City of Boulder Planning Board and recently completed a stint on the Boulder Affordable Housing Working Group. After being laid off a job, he grew tired of working for marginally competent bosses, took some production classes at the local public access TV station, and now a filmmaker and author. He recently completed a novel entitled "Libby Flats" that has cohousing as the story backdrop. He has produced five documentaries about cohousing – having lived at Silver Sage Village for 12 years. He looks forward to helping move cohousing into the mainstream.

Charles Durrett, with Kathryn McCamant, introduced the concept of cohousing to the United States with the seminal book Cohousing: A Contemporary Approach to Housing Ourselves. The latest edition is Creating Cohousing, Building Sustainable Communities. He has written several other books on cohousing, including Senior Cohousing: A Community Approach to Independent Living—The Handbook, The Senior Cohousing Primer: Recent Examples and New Projects, Happily Ever Aftering in Cohousing: A Handbook for Community Living, and State-Of-The-Art Cohousing: Lessons Learned from Quimper Village. Durrett and his team at The Cohousing Company have designed more than 50 cohousing communities in the United States and around the world, including Muir Commons in Davis, California, the first cohousing community in North America. His work has been featured in Time Magazine, The New York Times, The Los Angeles Times, The San Francisco Chronicle, The Guardian, Architecture, The Wall Street Journal, The Economist, and many other publications. Charles Durrett has received numerous awards, which include the World Habitat Award presented by the United Nations, the Silver Achievement Award for Active Adult Community by the National Association of Home Builders (NAHB) 50+ Housing Council, the Silver Energy Value Housing Award by NAHB, the Mixed Use/Mixed Income Development Award presented jointly by the American Institute of Architects and the United States Department of Housing and Urban Development and a recipient of the Global Over 50’s Housing/Healthcare award. He was also recently declared as a “visionary of the Sierras” by the Sierra Business Council, and the International Property Awards. Durrett regularly gives presentations on cohousing to interested citizen groups. He has spoken before the United States Congress twice, has been featured on the Commonwealth Club, and has lectured at scores of universities. He lives in Nevada City, California, where he primarily today consults on model

Crystal Byrd Farmer is an engineer turned educator from Gastonia, North Carolina. She is an organizer and speaker in the intentional communities movement. She serves as a board member with the Foundation for Intentional Communities and is on the Editorial Review Board of Communities Magazine published by the Global Ecovillage Network-United States. She also serves as an organizer for the BIPOC Intentional Community Council. Her book The Token: Common Sense Ideas for Increasing Diversity in Your Organization is out now. Crystal is passionate about encouraging people to change their perspectives on diversity, relationships, and the world. 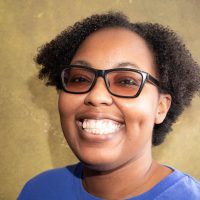 Pati Beaudoin has lived and worked in Canada, The US and Nicaragua in various forms of community. At present she is a member of Kawartha Commons Cohousing, a forming group in Peterborough, Ontario, about 90 minutes northeast of Toronto. 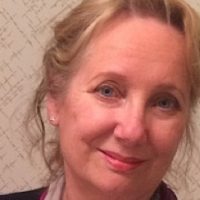 Jennie Lindberg is a founding member of Sunnyside Village Cohousing, a forming community. She grew up in the Pacific Northwest, and after having lived in several other states returned. She and her husband currently live in Everett, Washington until their cohousing community, 7 miles away in Marysville, has been completed. She and her husband share a passion for their vegetable garden and growing their own food. 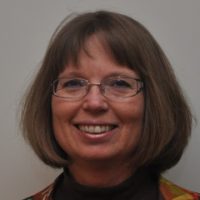 Jerry Koch-Gonzalez has worked for equality and equity all his adult life - as an activist, an organizer, a trainer, a consultant, and a member of nonprofit Boards. In recent years his main concern has been supporting effective egalitarian governance as an alternative to win-lose majority voting and too vague consensus practices. Jerry has been a certified sociocracy consultant since 2012. With Ted Rau, he co-founded Sociocracy for All (SoFA), a member-run nonprofit, in 2016 and published the book Many Voices One Song: Shared Power with Sociocracy in 2018. Jerry is also a certified Nonviolent Communication (NVC) trainer. Jerry is a founding resident of the 27-year old Pioneer Valley Cohousing Community in Amherst, Massachusetts, USA and enjoys swimming in the pond next door.

Joann Lutz, MSW, LICSW, E-RYT, lives at Rocky Hill Chousing in Florence, Ma and is the developer of “Nervous-System Informed, Trauma-Sensitive Yoga" (NITYA), has been training mental health professionals internationally for 10 years, as well as offering a certification program in this approach. She is the author of the book, Trauma Healing in the Yoga Zone, (Handspring, 2021); a research paper, Classical Yoga Postures as Psychotherapeutic Interventions for Autonomic Nervous System Regulation, published by Cambridge Scholars Press, and a CE Course, Bringing Yoga into Social Work Practice, by NASW Ma. (2021). She was the New England Coordinator for the Spiritual Emergence Network, and created and taught the first East Coast-USA continuing education course on "Spirituality and Social Work" for social workers and other mental health professionals. She completed Level One of the Somatic Experiencing training and the 40-hour training in Trauma-Sensitive Yoga at The Trauma Center in Brookline, Ma. She is certified in Ayurvedic Yoga Therapy through the Sivananda Yoga Vedanta Centers; in EMDR and Psychosynthesis, and is a Certified Integral Yoga teacher. 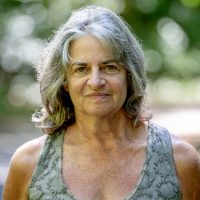 Karen is a relationship and process consultant for communities, organizations and teams and co-author of The Cooperative Culture Handbook. She lives in Anacortes WA and connects with clients on Zoom and, when conditions allow, by traveling to clients. Her focus is on relationships and the skills needed to build strong connections. 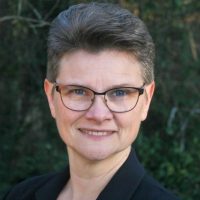 Lotus inspires people to be the change they want to see. She brings a grounded passion, compassionate honesty and evolutionary vision built upon 20+ years of practice. Lotus is a mompreneur who has spearheaded intentional communities and other cocreative offerings in California, Colorado and Hawaii. She was named an “Ambassador for Change” by Bioneers and Lucidity Festival based on her work with individuals and groups across the US. Her graduate studies and professional trainings reinforce her innate gifts empowering holistic change for clients of all ages and backgrounds. Learn more about Lotus’s coaching at www.deepcompass.com and her consulting work at www.socialcapitalsolutions.com 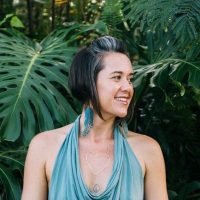 Shelly Parks is passionate about cohousing and committed to offering more cohousing opportunities for future cohousers. In 2016, she left her Marketing and Sales career in the Senior Living Retirement industry to found Covision Consulting, a firm focused on supporting developing cohousing communities recruit their community members. Most recently, she has expanded her services to include Cohousing PNW, a collective of professional partners and future cohousers committed to developing more cohousing in the Pacific Northwest. Shelly and her partner, Charles, are members of Skagit Cohousing, a community under construction in Anacortes, WA. 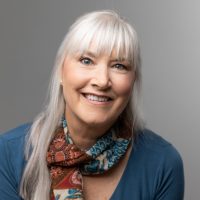