“Cohousing”: A Term Whose Definition Should Be Respected 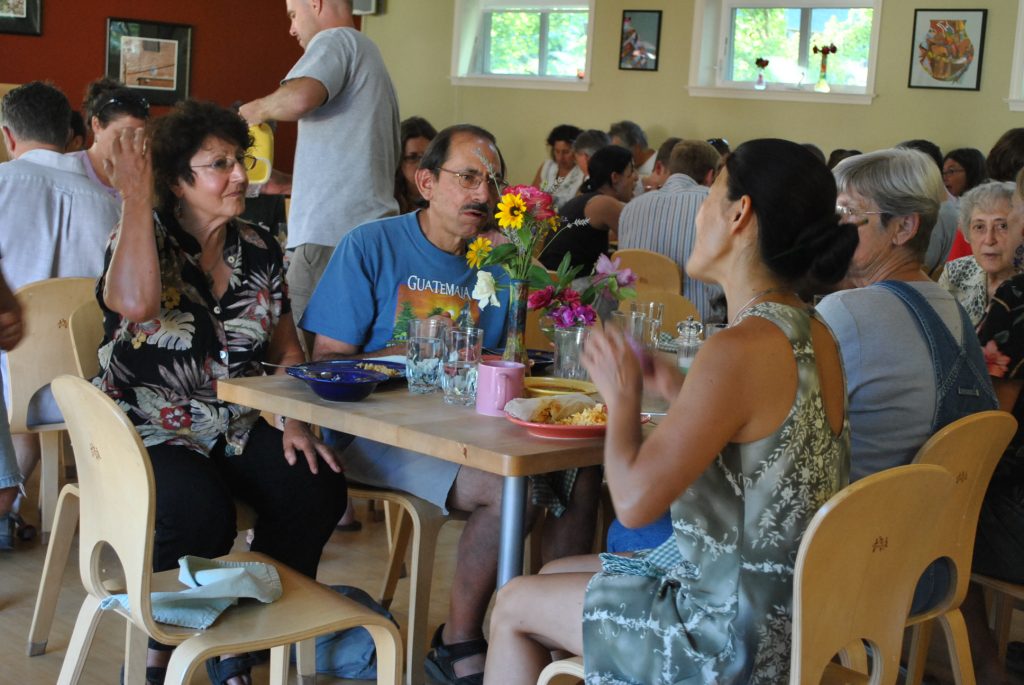 On the bright side, the concept of Cohousing is becoming increasingly entrenched in the American imagination— with every new project, what was once a culturally radical and shot in the dark neighborhood experiment is now an empirically supported investment into well-being and sustainability. Unfortunately, Cohousing’s success has enticed others to appropriate the term for their own—entirely unrelated— housing projects, which do not adhere to Cohousing’s Six Defining Characteristics.[1] While many of these individuals do so with positive intentions, at the end of the day, the flippant use of the term “Cohousing” does far more harm that good.
First and foremost, a liberal application of the word Cohousing dilutes the term such that it loses its influence as a proven, viable concept. In this country, getting any large housing project built that does not prescribe to the typical stick-built, muted, and grandiose American formula remains a challenge. Credibility— among lenders, developers, and buyers— is essential for these kinds of projects. Over the years, Cohousing has earned this credibility, but nonetheless cannot afford to be conflated with other alternative housing models, even if those models are admirable and effective in their own right.
Furthermore, a lax use of the term Cohousing puts the concept at long-term risk of alienating certain demographics that might otherwise benefit from such a neighborhood. Individuals often choose to detach the term from its actual definition because, for them, Cohousing suggests certain values that they want associated with their particular housing project. Unfortunately, this is a slippery slope. At its most basic level, Cohousing is simply a sustainable, democratic, and pragmatic neighborhood model— something most Americans across the political, geographical, class, and generational spectrum can respect, if not choose for themselves. If Cohousing is permitted to become a catchall term associated with the next edgy, alternative neighborhood experiment, the word may lose its universal appeal and therefore, its effectiveness. Cohousing — which is designed intentionally to be accessible to a wide variety of Americans — could become an exclusive, value-laden term.
Moreover, the misapplication of the term Cohousing is disingenuous to consumers, and can resemble an unethical bait-and-switch sales model. Though every neighborhood is unique, the specific concept of Cohousing is the product of numerous mistakes, countless experimentations, and literally hundreds of thousands of man-hours. The model has been through the wringer and has emerged intact, even stronger. To slap the proven Cohousing label onto something dissimilar— especially onto the occasional half-baked housing project— not only delegitimizes others’ hard work, but is misleading to potential buyers.
Finally, in the uphill battle to create synergistic communities amid a culture of militant individualism, we owe it to ourselves to respect the work that has already been done. Cohousing is not the be-all and end-all of high-functioning neighborhoods— innovative neighborhoods of the future will continue to reveal new and important insights about effective community living. However, when we confound the triumphs and struggles of Cohousing with those of other, disparate housing models, we complicate the work of tomorrow’s housing leaders. Cohousing means something, and when the term is watered down and divorced from its original intention, the housing movement looses an important nuance. Any short-term benefit that could come from this slip of language simply would not outweigh the long-term disservice it would be to the neighborhoods of the future.
While sticks and stones also make homes, words can hurt community.
[1] In order for the term “Cohousing” to apply to a particular community, the community must have the following Six Defining Characteristics:
1— Participatory Process: residents participate in the design of their community
2— Neighborhood Design: the physical layout of buildings encourage a sense of community
3— Common Facilities: includes a Common House; supplemental to private homes; designed for daily use
4— Resident Management: residents manage and do much of the maintaining of the community themselves
5— Non-Hierarchical Structure and Decision-Making: consensus is the primary means of decision-making; responsibilities are distributed according to skills, interests, and abilities.
6— No Shared Community Economy: the community is not a source of income for its members
Dominic and his family were founding members of Nevada City Cohousing, and have been active community members since 2006. Having recently graduated from Swarthmore College, Dominic has returned to Nevada City, where he can be found working at McCamant & Durrett Architects, enjoying the outdoors, or spending an egregious amount of time playing board games with his neighbors.