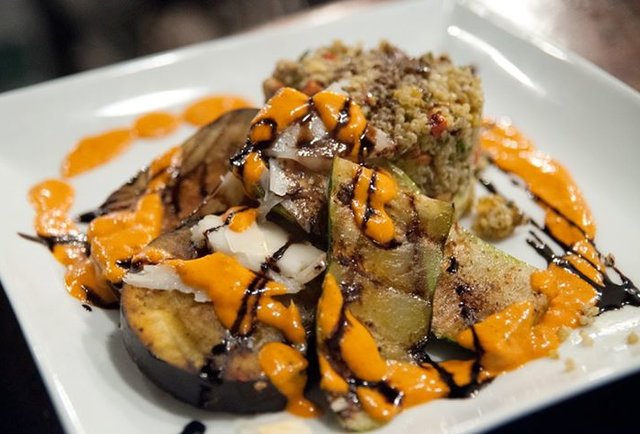 This year at the 2017 National Cohousing Conference, attendees will be treated to two delicious meals prepared with a focus on Nashville’s seasonal, local bounty.

Executive Chef Kevin Randolph’s mother’s home-style Southern cooking inspired all eight of her children to dedicate their livelihoods to a variety of facets related to the culinary arts. Chef Kevin started in the kitchen as a dishwasher at just 13 years old and began cooking officially at 17 as an Apprentice Chef for the Nashville Hyatt Regency in 1981. During Kevin’s five years with Hyatt International, he studied under their Corporate Executive Chef Helmet Holzier in Nashville and in Dallas, Texas. In 1986, Chef Kevin rose through the ranks over five years as Sous Chef, Garde Manger and finally Banquet Executive Chef at the Gaylord Opryland Hotel. During his Opryland stay, he studied under a Culinary Olympic Team Leader Zigfried Izenberger and led their Apprenticeship Program for Culinary Arts. 16 years ago, Chef Kevin began serving and leading as Executive Chef of the culinary team at the Maxwell House Hotel.

Chef Kevin has garnered many culinary achievements, including being hosted on the Talk of the Town Channel 4 program twice, showcasing the TV special Lobster Fest, winning Best of Show and a Bronze Medal in a 7-course meal competition, and a Silver Medal in ice carving. Most recently and in the last 10 years, he won 1st Place in the Hot Food Mystery Box competition. Chef Kevin considers himself a “behind-the-scenes” kind of guy. He has been a vegetarian for 10 years now and specializes in fresh produce and loves variations on micro-greens. He says “In cooking, there’s always more to learn, because there’s so much food and so many varieties.”
Prepare your stomachs for a feast in Nashville!