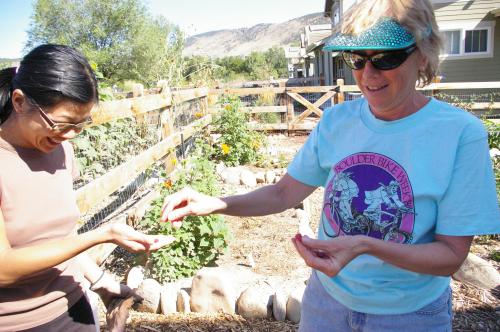 While there is an abundance of information on our Coho/US website about the variety of cohousing communities, as well as the option to post inquiries to the Cohousing-L list serve, nothing compares to spending time at a community. Whether you are forming a community and in the process of learning all that you can, or living in an established community and wanting to observe how others do things, this is time well spent. Coming up this month there are two fantastic opportunities to experience a variety of communities including National Cohousing Open House Day (April 29th) or attending a bus tour during the Regional Conference.

Tour Option 3: Greyrock Commons since 1996, 30 units on 16 acres, including unique kids play spaceRiver Rock Cohousing since since 1999, 34 units on 3.4 acres, contributed to revitalization of “Old Town’Lyons Valley Village since 2006, 18 units on 2 acres, supported each other through the flood of 2013