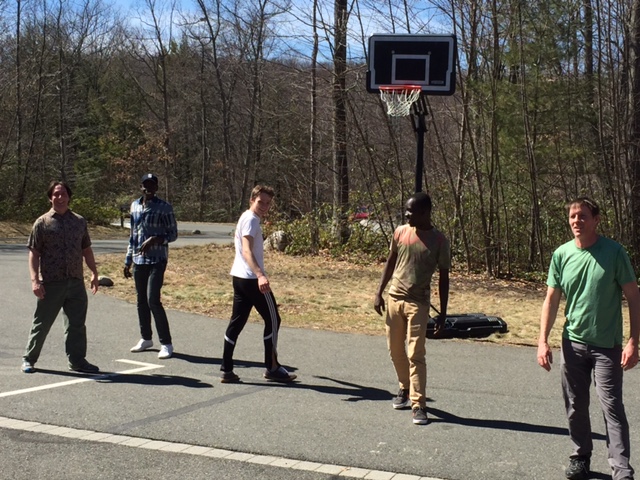 Concern about Obama’s decision to increase the number of Syrian refugees coming to America became an issue in the recent Presidential election. Many Republican governors announced: not in my state. In response the Northampton (Massachusetts) City Council unanimously passed a resolution welcoming international refuges. Catholic Charities, under contract as a refugee resettlement agency, came to the City Council and proposed 51 refugees for resettling in Northampton. The City asked for citizen volunteers to form 8-10 member Circles of Care to assist each individual refugee family. Two adjacent cohousing communities in Northampton, Rocky Hill and Pathways, joined to form a ten member Circle of Care and had 33 other cohousing members volunteer to serve as support and back-up. The community reached consensus on a resolution of support for this project that included the sentence, “Whereas the Mission and Values statement includes ‘giving our care, time and work’ to both ourselves and ‘the wider community and the world.’” The Cohousing Circle of Care was chosen as the first one to receive refugees.

On April 5 two Congolese brothers aged 23 and 26 were met at the airport by five members of the Cohousing Circle of Care with welcome signs decorated by our children. In the first week we have: helped or taken them to select clothes from the many donations collected; their first pizza meal; visit to a Sugar Shack (maple syrup making) for breakfast; observe a cohousing children’s Easter Egg hunt; a lunch and two dinners in our homes; cohousing common meal; high school lacrosse game; and basketball, Frisbee, soccer, and bicycle riding in a cohousing community.

We are very excited to be assisting these refugees in this time of such turmoil and fear in the world. The two brothers are curious, observant, intelligent, respectful, and very appreciative of this opportunity. Already the two cohousing communities have rallied around this effort and extended their help and warmth in so many ways. The experience is at least as meaningful for us as for them. We look forward to the future with optimism and joy.