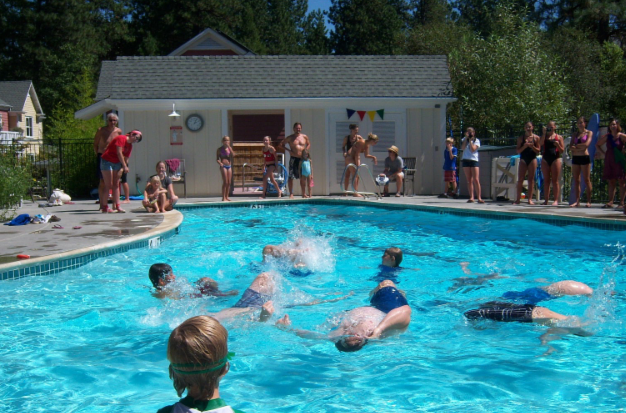 Reposted from Katie’s Insights via CoHousing Solutions
Living in community, we have an opportunity to create a culture of appreciation, or not. This doesn’t happen casually. I consider myself a typical cohouser, in that, if you ask me, I’m guaranteed to have an opinion. But sometimes we don’t need more opinions, we just need people to appreciate our efforts. In my community, Nevada City Cohousing, we found ourselves overwhelmed with too many opinions after move-in, ten years ago. Everyone wanted a say on everything. We had to consciously tell ourselves “assume best intent,” rather than questioning why someone or some committee did this or that.
It takes conscious effort to learn to appreciate that others have taken the time to think through some aspect of our community management, and that, thus, I don’t have to worry about it. Now I’m better at thanking people for what they do, rather than questioning why they choose that way to do it. I know they too are concerned about our community’s health, and have invested time and thought into doing what they’re doing. Rather than question their effort, I can make better use of my time by focusing on the areas I’m most involved in for our community, the landscape and finance teams.
I saw the payoff of this culture of appreciation recently, when I casually chatted with a neighbor in the pool as I walked by. Barry has been point person on our pool and spa team since we moved in 10 years ago. Residents do all of pool maintenance, including the daily testing, dealing with the County health inspectors and annual licensing. I thanked Barry for all his efforts as I walked by, and then thought to ask if he was going to “shock” the pool (we try to keep the chemicals as low as possible, but after a high-use weekend more chorine is needed). Barry asked when I wanted to swim. I love to swim in the dark pool just before bed, especially after a hot summer day. I said I’d be out by 10 pm, Barry said he’d shock it after that. And thus, my simple attempt to appreciate my neighbor’s efforts paid off with a change in schedule allowing me to swim later that day. This would have never happened in a condo pool, maintained by a hired contractor on a schedule. More importantly, people will always be willing to do more when they feel their efforts are appreciated, not questioned.
After all, isn’t that what we all really want…..to be appreciated for our efforts?