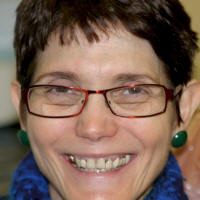 …in the end … it’s all about sales. You can be ultra green, you can be super affordable, you can be cool, cool techy, you can have all kinds of bells and whistles but in the end … if you can’t sell it you will not have a community. This is for ALL real estate not just cohousing.

You have to know your market. All marketing like all construction and all politics is LOCAL. Is the market rising or falling? Lot of vacant houses? Competition for housing driving out buyers? What size communities sell where you live? Do people in your municipality want to live in single family detached households or do they prefer condos?

Are you wedded to new construction or is there a lot of vacant housing stock waiting for rehab? Is your market so hot you can’t buy a square foot of dirt? Does it makes sense to “retro fit” your community by buying up houses on a block or in a condominium?

Washington DC is a HOT HOT HOT market. We have the problem of too many buyers and not enough units to sell.

That’s in cohousing and in the market place in general.

Here’s the issue I’d like to engage: the cohousing development model.

The model CoHousing Solutions and Wonderland Hill Development Co. use is a model in which future residents have to put up a significant amount of money just to get to construction. Up to 30% of the cost of development if I remember correctly. (Katie, feel free to adjust my memory.)

I think this is a very hard hoop to jump through.

In contrast, Don Tucker of EcoHousing Corp., used a straight developer model for both Takoma Village in DC and Eastern Village in Maryland: he took 99% of the risk asking for minimal contributions from the potential members.

This made cohousing accessible to a larger market of people who could afford a mortgage but did not have a lot of cash.

Now there are pluses and minuses to both models. We can debate these later. But what I’m seeing in the market here in DC is that people don’t want to “work that hard” to build the community and they don’t want to risk their money. They want some input on some aspects of the design but they don’t want a second full time job during development. They prefer to move in to a built community. Additionally, I no longer see “burning souls” emerging who can lead a group. It’s almost like with the two communities we built here in DC we skimmed off the cream of the DIY cohousers.

So what I want to open up for discussion is … is it that we’re not engaged in enough of a robust marketing effort or is it that the models don’t fit the market? I don’t know. I’m asking. Don Tucker has another shot at a property in the DC area that he wants to build as Senior Cohousing. If he gets this property, I’m wondering what challenges he will see in the marketing and outreach. We have a hot market w/ folks who want an easier entry into living in cohousing than being in meetings …

I agree with Ann that it would be much easier to grow the cohousing market if we had developers willing to take the lead with identifying properties and funding some of the initial feasibility. That would be great! That is what Jim Leach and I did, along with Don Tucker, with our respective businesses in Colorado and California. But frankly, we didn’t make enough money during the good times to survive the housing bust. Most developers still see cohousing as a market where they will do more work and make less money. In a risky business that requires raising a lot of money to do any project, why would they do that? I just don’t see many developers going that route.

That being said, if you can organize a buyer’s group, at least a strong core group willing to market a project and that is realistic about the costs of new housing in your area and a developer’s need to make a profit, I think we have a good model for developer-cohousing group partnerships, sharing the risks and rewards and ultimately making it easier to get projects built.

The non-starter is thinking developers are going build “affordable” communities on spec for buyers that might (or might not) show up later. Developers will build whatever they think will sell at a price they can still make a living and raise the money to get the project built. In order for more developers to initiate cohousing projects, they need to see a viable market of consumers ready to pay the additional costs of custom neighborhoods with community facilities, consumers that truly value community over bigger homes. For us “true believers” the ongoing challenge is to communicate the value we get everyday by living in community. It should be obvious, but it’s not.