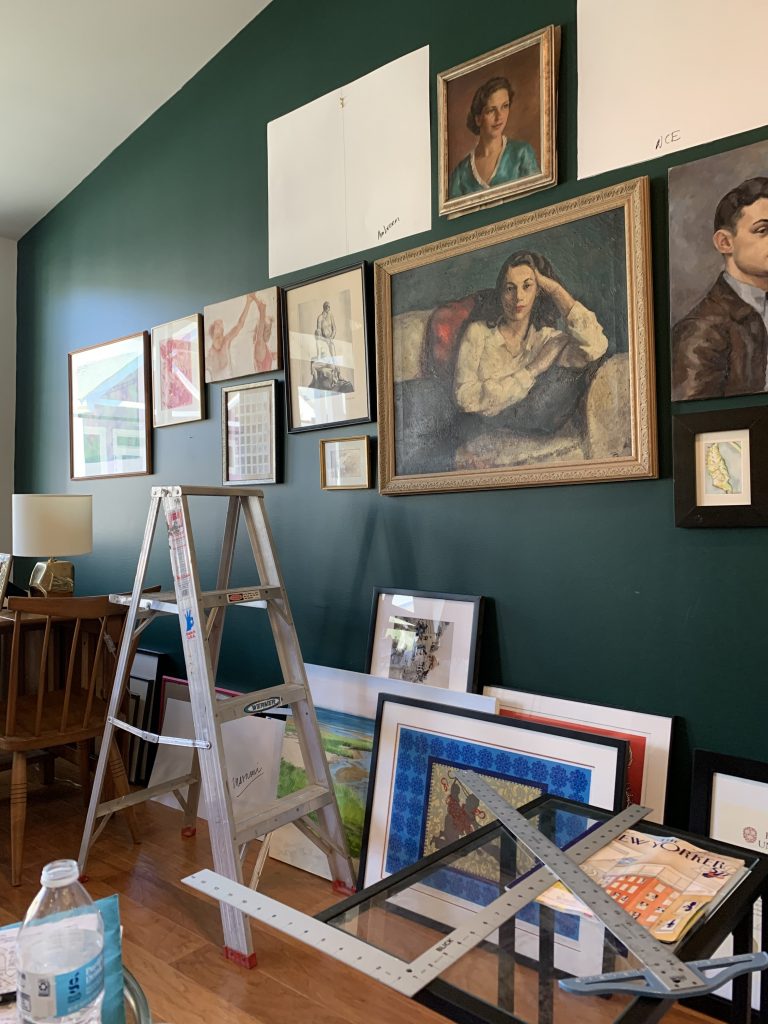 I write this knowing few people will think this is good advice, or advice they could actually take, but I’ve been observing move-ins at Village Hearth Cohousing for nearly a month, and had my own experience, so here goes.

Downsizing from a large, typical American home, where you are surrounded by the things you’ve acquired over a lifetime, in order to move to a far smaller home in a senior cohousing community is a project few of us can approach with any equanimity.  It’s rather terrible.  Those who make a party of it by having yard sales, inviting friends to take part, combining it with farewells and social occasions are on a more positive track.  But having done some of those things during my move from Boston to Durham, NC, I’ve been totally exhausted by it all, and a total of four separate moves of my stuff from home, to storage, to sorting location, to an apartment in Durham, and finally to Village Hearth was an exhausting year that cost nearly $10,000 that I shelled out to various moving companies, and gave in tips to those who shouldered the burden.  That’s how much I paid to haul my things about.

Not weighed down with stuff!

One of my new neighbors did not do that.  She came from a distant state, also.  Before she came, she decided to divest herself of everything but that which she could fit into six boxes of true significance.  She moved in very easily, and her moves cost her almost nothing at all.  Instead of being faced with unpacking for weeks, trying to fit all the things she couldn’t part with into various nooks and crannies  in her new home, her space is virtually empty.  Now, she’s acquiring a few things slowly to fill her new home. I wish I had done that.  I’d have saved thousands of dollars with which I could have bought a few new, striking pieces of furniture that would compliment my new vaulted interior of 650 square feet. I’d have saved my back, and my legs, the countless hours at every juncture when I had to lift, push, unpack (or pack) and fume over what almost, but did not quite, fit.  Yes, there’s some comfort in the familiarity of my stuff, and I’m very glad (as a baker) to have my heavy stand mixer sitting on a corner of the counter in my new home.   But it was all very costly in money, time, and energy.  The delight of buying some new things (and maybe a new mixer), things that would have been perfect for this new space, may have compensated a great deal for the losses.

So that’s my advice. For those contemplating expensive, long distance moves especially.  Instead of sorting, making one pile of things you can part with and one of things you can’t, let it all go (except for those very valuable items you can fit into your SUV or your car, and of course your dog and cat!).  Start over with your new life, in more ways than you even thought you would.  It’s a bold, scary thing to do.  Maybe few can do it. But it would bring great benefits – including not least among them, the benefit of letting go, and breaking attachments that hold you back.