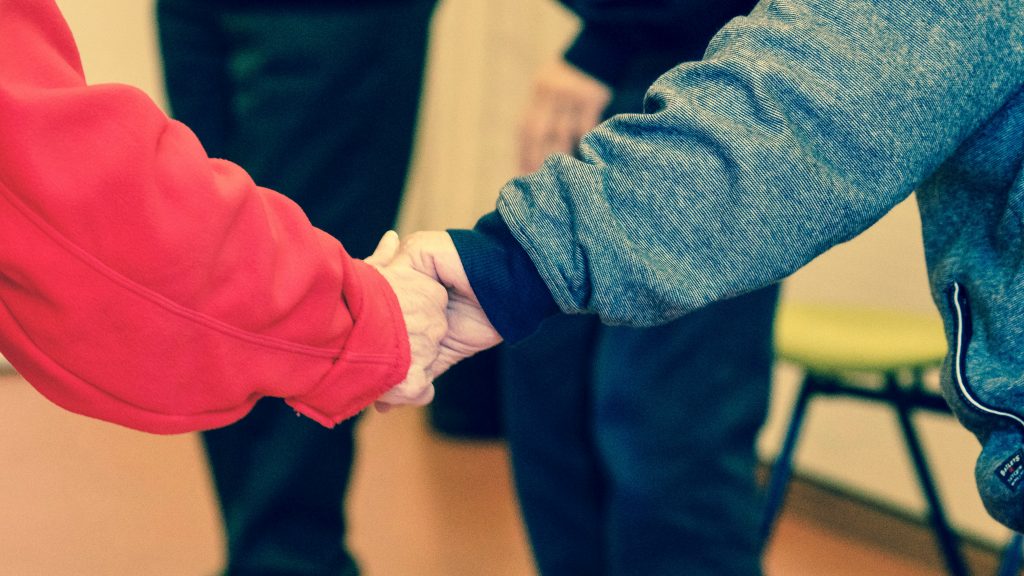 This story was written in 2003 and first published in David Wann’s book Reinventing Community: Stories from the Walkways of Cohousing. We are republishing it here with permission because it is such a great example of how cohousing communities nurture and support beyond the community itself.

We’ve been living with foster children in our house for nine months. In many ways this experience has served to remind us just how supportive cohousing can be to those who live there and how far its influence can reach to improve the lives of people beyond our immediate neighborhood.

I have to start at the beginning—the first decision. It was the week before Christmas and an e-mail message from my neighbor to our community read, “Two children in Wildwood School need emergency placement in a foster home.” I tried to retrieve my senses and quickly delete the message, but I hesitated just a bit too long. I’d been looking for some way to act locally, especially with feeling so powerless about the world situation and an imminent war in Iraq. Little did I know that my husband, Lyons, had already read the message, picked up the phone, and called the school to get details on the children.

We talked about it that night. There were lots of reasons not to do it: I run my own business and Lyons had recently started a new job, coaches soccer, attends town meeting, and chairs the community Buildings and Grounds Committee. We already had two kids sharing one room and we would have to dismantle our home office-sewing room to accommodate more. Let’s face it: we were already overcommitted and live in a relatively small house.

On the other hand, there were many reasons we thought we wanted to do this: we have so much wealth and there is so much need. I’m not talking about monetary wealth; I’m talking about cohousing. We have what everybody needs: community. And we have seen firsthand what our community can offer foster children. We have seen four former foster children adopted into our neighbors’ families, and five others find a temporary haven here.

While we struggled with this decision, I had an idea. I would post an e-mail to the community explaining that if enough neighbors committed to helping us in very concrete ways, then we would give ourselves permission to consider this. If the community did not step up to the plate for these children and for us, we would have to say no. I made a list of what I thought we would need: someone to meet the bus on Mondays so I could still take my ten-year-old son to piano lessons; adult babysitters on Tuesday nights so we could continue our own dance classes; and an evening out once a month. The responses were positive on all of these and something else too: neighbor Jamie offered to cook for our family once a week for as long as the kids lived with us.

So yes it was, and we entered a new chapter in our lives—one without regrets, but endless surprises, adjustments, and difficult decisions. Imagine this: Daniel and Katrina walked into our lives on Christmas Eve with terror in their eyes and two garbage bags of clothing. We spent our first day together singing carols around the piano, wiping tears, and worrying about fair distribution of presents. We relabeled some of the gifts lovingly purchased for our own sons, and braced ourselves.

When we first volunteered to take them in, the Department of Social Services (DSS) said it would be for two to three months. It wasn’t long before we knew otherwise, but since things were going smoothly and the community was shoring us up, we didn’t hesitate long before committing to keep them through the school year. Nine months later, we are still at it. It hasn’t been easy, but really, it hasn’t been all that hard either

So what is it that makes cohousing such a good place to harbor foster children? Quite simply, it’s the neighbors—both young and old—and the trust and concern that cohousing offers. Besides the babysitting support and meals, our adult neighbors are there to listen when we need to blow off steam about our crazy new lives and to offer advice when we ask. And the children just opened their arms and welcomed Daniel and Katrina in, taping a big welcome banner on our front door the very first night.

We knew we had to establish boundaries early. I’m a stern individual so this comes naturally to me, but it was a sort of hell for Daniel and Katrina to have to adjust themselves to a whole new family culture. Cohousing helped. They could see firsthand how other parents set boundaries. They learned that many adults were looking after them and wouldn’t hesitate to show interest in them while reinforcing the boundaries we were setting. They learned that many families in cohousing had no televisions or limited television watching in ways they had never experienced. While they used to boast—to my horror—about how many R-rated movies they had seen, Katrina now points to the new-release shelf at the video store and says, “That wouldn’t be appropriate.”

It was only a few days after their arrival before Daniel abandoned his Game Boy in favor of playing with his new brothers and their friends. He soon realized that homework was something he could get help on from all the children in the neighborhood. And within a few weeks, we had established enough trust to give them the freedom of running freely around the community and within the common house, knowing that many caring eyes were helping us watch them.

When we didn’t have the time or energy to drive Daniel and Katrina to activities that we knew would be good for them, we quickly found parents of children with similar interests to help us. When Daniel outgrew his major behavioral problems, he blossomed into a mad scientist-inventor. We were exasperated at the idea of setting aside time in our busy schedules to first help him build a bridge, then a go-cart, then a hovercraft. We didn’t want to stifle his creativity, but he was driving us crazy with his projects. We turned to neighbor, friend, and inventor John Fabel and he was glad to step in as a helper and mentor. The hovercraft was actually built!

Five months into their stay with us, it became clear that Daniel and Katrina would not be reunited with their mom before summer. We were really worried and agonized for weeks over how we could care for them in the summer months while working full-time. Could we afford summer camps for four? Would we begin to resent the commitment and their presence in our home if we had to scale back our expectations for nice, relaxing summer family time? Could we live with ourselves if we passed them on like a load of dirty laundry?

Truthfully, we missed our own children and our relatively flexible family of four.

Again we turned to the community and found the help we needed. Associate community members, Epi and Charlie Bodhi, living across town, wanted to live on campus this summer and agreed to stay in our house with Daniel and Katrina while the rest of us went on our long-anticipated trip to Alaska. It was hard to explain to Daniel and Katrina why we weren’t taking them with us, but it was better than bumping them to another home (DSS could find no other homes in Amherst). Once Epi and Charlie agreed to this, they talked us back into it when we hesitated—they were really excited to be able to help and to get the opportunity to raise kids in cohousing, if only for two weeks.

Another neighbor agreed to watch Daniel and Katrina on the weekdays that we hadn’t already set up camp.

Everyone knew it would be damaging to bump them to another foster home. Our community had come to love our foster children and didn’t hesitate to say, “What can we do to help so you can keep them in the community for the summer?” They gave us the opportunity to take a much-needed break, and enough support to carry on after that.

Halfway through the summer, reunification with their mother began. It had been months since Daniel and

Katrina had screamed at us, thrown tantrums on the floor, attempted to run away, or even said that they hated living with us. They wrote us love notes and said that they wished their mother could live in the community. It scared the children that they might lose us, but I think they worried even more about losing the community. They had heard about our fall kids day and retreat and they asked me almost daily if they would still be here for the next one. We had established a working relationship with their mom so I assured them that we would see them often and invite them to these events.

But you learn quickly when foster parenting that there are no guarantees. Reunification with their mom was put on hold just before the next school year. What now? Our two-to-three month commitment was looking like a joke. Once again, neighbors stepped to the plate, primarily with Epi and Charlie offering regular weekend respite time for Daniel, who just needs more space and time than we can give him.

While the tasks have been endless, the sacrifices many, the rewards have outstripped them. We know we have done a good thing, not so much in bringing Daniel and Katrina into a safe, supportive home, but in sharing the wealth of our community with them.

In 2018 the connections live on and continue to grow, Laura says:

The daughter of my foster-daughter (my grand-daughter) just spent the weekend in our community, helping us celebrate our yearly retreat.