HOW TO MAKE A VIDEO TOUR OF YOUR COMMUNITY? 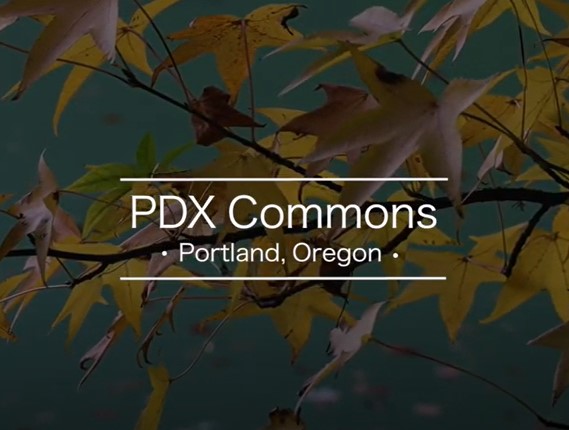 PDX Commons, a senior community in Portland Oregon’s southeast neighborhood, decided it needed a video tour to replace the in-person ones we were accustomed to giving pre-Covid.  Our live tours were popular but given covid no longer tenable.

So of course the first act of any cohousing idea is to form a committee.  We kept it small (5 people, Myself (organizer), Tode Oshin (in-coming chair of our Board), Hinda Cole (former tour guide par excellence), Trudy Hussmann (Our amazing newsletter editor) and Stacy Roberts (photographer and a bit of an historian). We had no professional or otherwise “expert” videographers on the committee, just lots of enthusiasm.

Since I have background as nonprofit consultant, a strategic planning process seemed like a natural fit on how to get started.  During our live tours we tended to focus on the facilities and apartments, with “life-in-cohousing” thrown in as time permitted or to answer specific questions.  We also had a list of stats (sq ft, numbers of units, price range, neighborhood etc.).  We took these pre-existing materials, discussed our vision, and quickly arrived at the following Vision statement:

Vision –  A 5-8 minute video about PDX Commons that includes

As part of our “needs assessment” we realized we needed to do some research on other cohousing videos and interview them about their process.  We reviewed about 6-7 different community videos and also wrote or called a few of the communities for any advice or suggestions they had about making their video. It became clear pretty quickly after reviewing different films that a few were professional, but most were more shoot from the hip. “It was a pretty much amateur production, unscripted and unrehearsed,” said one community member, and it showed.

Next we started to collect and review the many photos we already had of our community.  It became clear we were inundated with photos and one of our members offered to collect them and put together in coherent manner we could review.  This turned out so nicely, and at the same time, we had our first home go up for sale, that we decided quickly to turn this into a film of its own with no voice over or fancy graphics.  Our team member, Stacey, put enough together for a 5-7 minute production and just added music. We all reviewed, did a bit of editing to be sure to include enough photos of apartments, and different community areas (Living Room, Library, Dinning Hall, Gardens, Sauna, Bike Room, Exercise room, Guest rooms, Courtyard and some shots of building the indestructible edifice itself; and voila!  We had a presentable slide show to add to our website.   Although we were proud of our work in collecting and organizing that many photos and matching them to music, we were told in this fast-paced world, 2-3 minutes was better. Our final product was a bit longer, but we figured “what could be more fascinating?”  At least to those already interested.

We soon realized that we needed to find someone who could actually make the film, as there was consensus that we did not want an amateur film.  We also wanted to make sure it was welcoming to all. This of course raised the question of cost and where the money would come from.  Before we got to work on a budget, we needed to find a videographer and get a bid. We wanted professional look but with a down easy style that conveyed a bit more of who we are,  how we live together, and what we are striving to be as a community.

We reviewed what we already knew about tours.  For instance, which question are most often asked?  What stats were most relevant during the tour did we already have on hand (size of building, apartments, total members, apartment costs, etc.) and what others we may want to collect.

We looked at our website and didn’t feel we needed to repeat on the information found there. Since we making this for the long haul, not just covid times, we did want to mention how easily cohousing can be adapted to fit COVID readiness plans, and how community wards off loneliness in the safest ways we know. We had some struggles along the way in building our community, and while not to be glossed over, we reminder ourselves that this was a “Marketing” film: honest, but in a good light.

Luckily, we had already seen one film we all liked and heard it was made by Chris Sessions <chrissess11@gmail.com>, a son of a cohousers, who was in film school, about his parent community at Adams Creek Cohousing in the Hood River area.  It was near by and – coincidentally – in the process of being built by the same developers we used. Chris’ mother put us in touch with him He was in was living in Portland part-time over the COVID summer, so it was easy to contact him, and he seemed eager to help. We patched him into a few or our calls (it was summer and we could meet outside with masks:-) He pushed us toward a more finished concept and style, primarily by asking us a lot of questions. What did we want to show? What style (story, voice over, interview snippets, etc) did we want? What themes did we wish to emphasize? We had different ideas, some wanted more design elements, others wanted community in action; we didn’t want to over do the meetings and committees we have, but we wanted to demonstrate a realistic lifestyle choice.  And in particular the fun we had together (after all I’m on the Fun Committee), and how even in covid there was a lot to appreciate about neighbors having your back.

We chose, rather that one or two narrators, to have lots of snippets of different members talking about different aspects of community life, along with a small bit of the building, neighborhood, and events. It really helped to have someone who knew what he was doing asking the questions, but even more to have someone who knew how to edit the whole thing together.  We asked everyone who wanted to participate and encouraged a few we knew would have a lot to say.  Perhaps unsurprisingly, we had a lot of takers (oh those extroverts!) – which was great for showing the range of personalities living in community.  We hosted Chris in a covid safe visit to meet us and see our premises, and ultimately to film all the interviews on one day. We did have to warn people that their terrific comments would be shorten (or even left out) for sake of brevity.  We expected some push back but everyone seemed happy.

We were able to get a very reasonable bid from Chris but knew the community might be hesitant to spend extra money during the pandemic.  Wearing my the fundraiser cap, we realized our UD+P  Developers, might want to help out and help them selves in the process. PDX Commons and UDP had a close relationship during the building of project and stayed in touch as they changed to other cohousing project. Turned out they did want to have a film to show about a built cohousing building and its living community.  Helped also that Joren Bass, one of our UDP developers, knew Chris and knew his work.  So we were able to split the cost without too much complications (well just a few anyway there are always a few when $ is involved).

We gave some overall generic guidance to Chris but he came back with what we thought was a great first draft.  We were all impressed.  Two more cuts and we were done. Chris chose the final with some (but not a lot) of guidance from us. Chris even agreed to third edit tweaks.  Although his pay was not high, Chris wanted it to represent our vision and hopes as best he could.  Will it last the test of time? We don’t know but I would highly encourage anyone who has turn over to think about taking the plunge. Film schools might be a great place to look. Here is our video.