I’m Not a Racist, But Racism is in Me 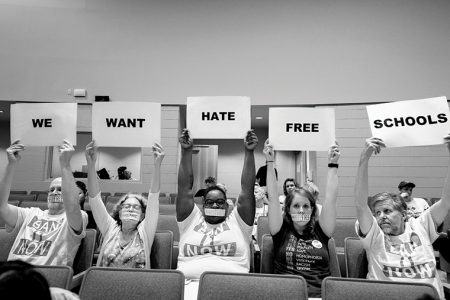 Below is an excerpt from a Communities Magazine article. Read the full article at https://www.ic.org/im-not-a-racist-but-racism-is-in-me-and-in-my-community/

Author Joe Cole will be presenting at the National Cohousing Conference in Portland this June.

A few years ago I attended a film showing at a restaurant in Durham, North Carolina. Seventy people turned out to watch the film, which followed a young white couple biking across the country to visit intentional communities. Almost every person in the film was white, as were the overwhelming majority of people who came to watch it.

After the film, the moderators held a Q&A with one of the film’s producers. One questioner asked, “Why were the communities so white?”

“Well, I’m not sure,” replied the producer, “but many of the communities in the film were in rural areas.”

A woman of color in the audience raised her hand. “Perhaps groups that are all-white tend to have unacknowledged racism,” she said, “and that creates a barrier for people of color to join.”

The moderator turned to the producer, who did not have a response. After an uncomfortable silence, the moderator moved on to the next question, and the conversation left the issue of racism behind.

In the years since, I’ve come to agree with the young woman at the film showing: predominantly white communities are going to stay mostly or all-white as long as they fail to acknowledge and address racism. In that very moment after she spoke, the group itself was embodying the problem the woman had named: predominantly white groups—even in the intentional communities movement where people display so much self-awareness and social consciousness—still often falter when it comes to talking about racism.