Keep affordable housing from being an elephant in the room 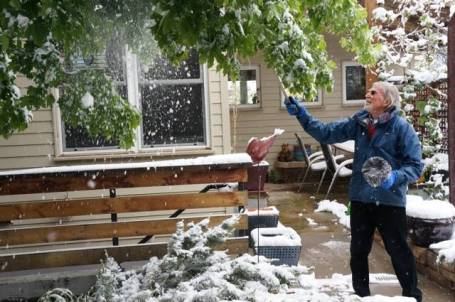 The Dealing with Diverse Personalities retreat is coming up st the end of September – there’s still time time to sign up. It’s not for the faint of heart.
Like dealing with issues of housing affordability, it’s not an easy topic to discuss since it requires people to step out of their comfort zones.
Most affordable housing discussions are about density and development scale, parking, traffic, grants, public / private partnerships – the “stuff” of affordability.
Once built, however, affordable housing and the diversity that goes along with it are sources of personal conflict at the national, local and neighborhood levels. As a refresher, I’ve written about diversity and cultural competency as a prelude to the Arcosanti retreat and folds right into discussions about affordable housing.
There’s been quite a bit of discussion about affordability in cohousing. Here are a few of my observations about it. (This was originally posted by the EcoEducation Village Institute webpage).
I developed affordable housing in a past life and currently live in affordable cohousing home.
Silver Sage Village has 16 homes of which ten are market rate and six were built as part of the city of Boulder’s permanently affordable housing program.
Wild Sage cohousing across the street partnered with Habitat for Humanity as well as the city affordable program. Here are a few of my random thoughts and suggestions:
privilege– Diversity and cultural competency cross cut when it comes to affordable cohousing.
I suggest you have a serious and frank discussion among yourselves about why you personally – as opposed to philosophically – want affordable housing in your neighborhood.
Get strong commitments about all being willing to pay more money out of pocket to level the field for those who cannot otherwise afford to live there. Partner with others, rather than tackle affordable housing on your own. Even if you do find ways to subsidize building costs that doesn’t lower monthly Home Owner’s Association fees.
I suggest you build the homes so they are all affordable to people / families of similar means. At Silver Sage, over the years, an informal caste system arose.
The Silver Sage Village affordable homes are 800 sq ft and worth $150,000 (I live in one of these) and limited in appreciation. The market rate are between 1100 and 2300 sq ft and valued at $500,000 and $1,000,000 and rising.
Market rate owners have a bigger desire to protect their interests by jacking up reserves and buying more/pricey amenities.
– I suggest building all similar sized homes so the homeowner fees are more equally distributed. At Silver Sage fees range from $450+ to $650+/month which includes gas heat and water.
– I suggest you build enough homes to spread around the fees, see above. I think the sweet spot is around 32.
the-not-so-big-house– I suggest you design the homes ala “The not so big house” by Sarah Susanka to encourage residents to use the common house.
At Silver Sage the common house is used more by the affordable homeowners because our living spaces are smaller.
The common house is used a majority of the time by by non-residents – who rent it. The market rate homes are designed like large homes in the suburbs and plopped into cohousing.
Those are a few of my ideas and suggestions when considering whether or not you want to have affordable homes in your neighborhood / community. It’s not as easy decision to make, when you take into account the potential demographics of those who live in affordable housing.
Everyone has different life experiences, current lifestyles, and it is imperative that all community members recognize these differences and learn how to embrace them in the contexts of their own lives.
If you intellectually think affordable housing is a good idea, but not sure why it’s so hard for you to accept it emotionally, take a chance and step out of your comfort zones, sign up for the Dealing with Diverse Personalities retreat September 30 – October 2nd in Arcosanti, AZ.