By: Sky Blue, The Fellowship for Intentional Community March 3, 2016 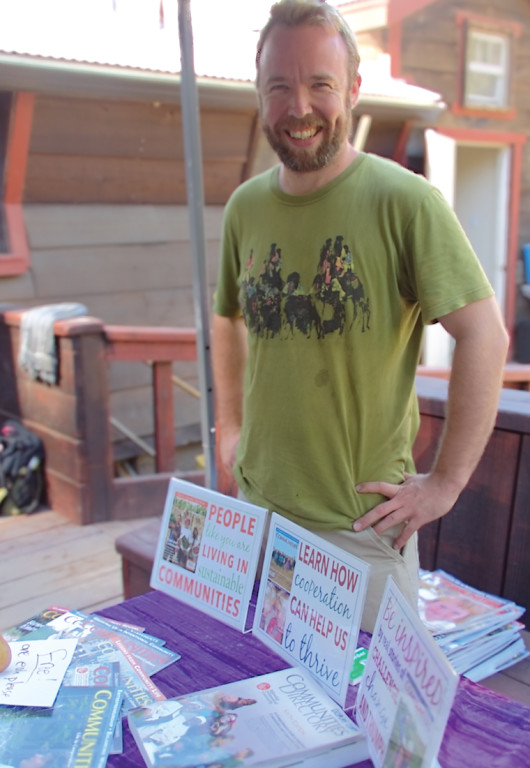 Communities are like exotic animals. They may be extraordinary, but the fascination comes more from the novelty, the unfamiliarity, and the association with an untamed land. Communities are used to having lots of guests, and also often give regular or irregular tours to the curious public. It’s easy for members to sometimes feel like they’re an attraction at a zoo, or being observed in their natural habitat.

Communities tend to attract idealists, who are also like exotic animals, with beliefs like colorful plumes or twisted horns that make you think, how is that possible?! I’ve rarely met a person living in community who didn’t have at least a little bit of an idealistic streak. Meaning, as much as they live in community for themselves, they’re also doing it for reasons beyond themselves. As much as they might get tired of living in a zoo, a part of them wants people watching, exclaiming, like the people at the zoo, that’s amazing, I can’t believe that exists!

There’s a quintessential tension in all but the most reclusive communities about how much they want to be in the public eye. There are always those who want the world to see what their community is doing, to be an inspiration for change by modeling a different way of living, and don’t care how many tourists pass through. And there are those who are no less proud of their community, but who want to be part of changing the world more quietly, simply by living a more peaceful and harmonious life. This is not so much a conflict of values as it is one of desires, strategies, and priorities. There is no right answer, but few would disagree that there are times when the community should open its doors.

I was very excited to hear that the Cohousing Association of the US was hosting a National Cohousing Open House Day, which takes place on April 30th. Open houses are great opportunities for communities to recruit members and educate the public, but coordinated open houses across the country become a national event that has the potential to exponentially increase the amount of attention these events receive. We want cohousing to become mainstream.

We want people to be able to say cohousing without thinking about whether others will know what they’re talking about. We want the ideas, the models, the principles, the culture of cohousing to infiltrate and fundamentally alter the conventional wisdom of residential development. The National Open House Day is an opportunity to inject cohousing into the public consciousness in a major way.

There are other important opportunities. When you have people that are a part of a group that is part of a movement, it’s easy for most people to be absorbed in the day to day of their lives and neglect the bigger picture of the group, let alone the movement. There are a usually a few diehards trying to draw attention to the movement, get people to engage, but in what, and to what benefit, is often hard to define. Simply looking over the list of cohousing communities participating in the National Open House Day helps bring it down to earth. Here are over 60 communities across the country that are banding together to tell the world what is possible when people live together in a closer, more cooperative way. These are your partners and allies, your brothers and sisters in building community in a world often hostile to anything that challenges individualism as the core value.

For those who don’t live in cohousing or another form of intentional community, but who believe in it and what it has to offer the world, I encourage you to attend an open house in your area and encourage others less familiar with the idea to check it out. For those who live in a cohousing community that hasn’t yet planned an open house event and signed up, I encourage you not to miss this opportunity. Make it a party! Have a blast! And support your movement in the process. (And by the way, Coho US is more than happy for communities of all stripes to participate, not just those that identify as cohousing.) For those who live in a community that has signed up, thank you for being willing to put yourself out there. Building community can seem like an impossible feat sometimes. The world needs to see the people attempting the impossible, because seeing people attempt the impossible is how people realize that more is possible than they ever imagined.