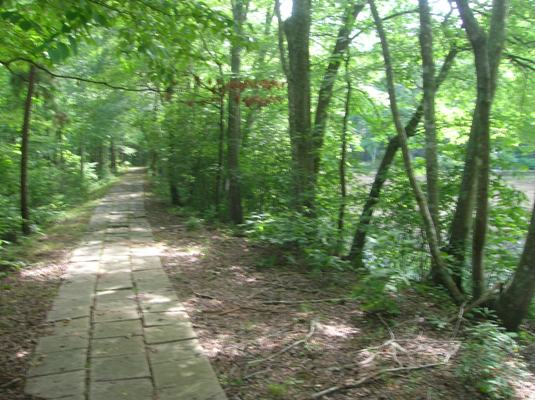 Alice Alexander describes herself as a “typical baby boomer,” always seeking to improve her quality of life. The 57-year-old, who had devoted most of her professional career to nonprofit management and fundraising, lived in a 1925 Dutch colonial in Old North Durham.

But, she says, something was missing. She felt anonymous in suburbia.
“I was looking for a sense of community and wanted to lower my carbon footprint,” said the native Washingtonian. “I wanted a community where people cared for each other.”

At home in cohousing.

At the same time, those living there have their own homes.

“I was a bit concerned about having enough privacy before moving in,” Alexander, executive director of the Cohousing Association of the United States, said. “It was a needless worry.”

The cohousing movement started in Denmark in the mid-20th century and gained momentum in the U.S. in the 1990s, after California architects Charles Durrett and Kathryn McCamant studied at the Royal Academy of Art and Architecture at the University of Copenhagen. The pair has since designed dozens of cohousing communities in the United States.

In North Carolina, there are a dozen such neighborhoods either already built out or in development, according to the Cohousing Association. Two are in Asheville and three are in Durham, with others in Chapel Hill, Pittsboro, Black Mountain and Rougemont.

A recent cohousing attempt in Charlotte has fizzled.

Before running into zoning and financing issues, Grosswald planned to build 33 units on each of two parcels on a 26-acre hardwood-forested plot he owns in the Hickory Grove area off of Robinson Church Road. Members were excited about the project, Grosswald says, which was designed for multigenerational and senior housing in a mixture of triplexes, apartments and single-family homes.

“It’s loud and clear that people want this type of community,” he said of successes around the country. “If you build it, you fill it in a moment.”

The 120 or so cohousing developments in the U.S. include condos, single-family homes, duplexes and triplexes scattered in small towns and urban and rural settings.

Communities, usually with about 30 units, are either retrofit or built with the input of future residents, and are designed to include a garden, open space, walkways, playgrounds and a common house with a commercial-sized kitchen, guest rooms, laundry facility and dining area. Residents generally own their homes, which are clustered together to face each other across a street or courtyard. Cars are parked on the periphery. The dwellings usually sell at market value.

The mixture of privately owned homes and communal facilities fosters camaraderie, interaction and socialization between neighbors, who usually make decisions by consensus and resort to voting if agreement on an issue cannot be reached. Most of the maintenance, including snowblowing, lawn mowing and upkeep, and all of the management, is done by volunteer residents.

Grosswald said a mixture of people expressed interest in his development, including a diversity of races and nationalities, single mothers with children and out-of-state residents. He says six older couples who knew each other were looking to retire simultaneously in the same place.

“Baby boomers don’t want to go into a nursing home. This is a terrific option for them,” he said, adding that neighbors tend to each other when they are sick and care for each other’s children.

The proposed settlement, Grosswald said, would be set up as a co-op, with residents buying stock in the corporation that owns the community. He planned on selling the units for between $187,000 and $320,000 each.

That’s when the project skidded to a halt.

There were zoning issues, he said, such as swim-buffer regulations that made it difficult to build a road to a main thoroughfare. Then there was the lack of capital.

“Eighty-nine percent of the people couldn’t afford it,” Grosswald said. “We just ran aground when we found we had to raise money.”

Financing can be problematic with cohousing development, says Rick Keller, founder of the Massachusetts-based Partnership for Affordable Cohousing. The housing crisis in 2008 put a damper on new projects, he says. Nascent cohousing groups found it much more difficult to get funds.
In addition, he said, some locals can be wary.

“There’s always a few people in town that think a commune is coming,” he said. “Our only intention is that people want to live a little closer together.”

Most developments want to start out as cooperatives to make the dwellings more financially accessible. They are often precluded from doing so because lenders are leery.

“Most banks are not used to funding cooperative housing and are concerned about the potential risk of their investment, including resale value,” he said.

So, cohousing developers form homeowner or condo associations to get financing, and future residents take out mortgages.

But, he says, some cohousing developments do provide units to those unable to get mortgages.

In a few places, Keller says, the local Housing Authority owns and rents out some of the dwellings. Other times, a development will raise the sales price on larger units to subsidize others, or a few residents may underwrite a loan.

Meanwhile, Grosswald says he plans to continue with his vision.
His land is perfect for cohousing, he says, with running creeks, solar exposure, high altitude and close proximity to a 200-acre reserve.

“I would like to do another, and am working on it at a lower level,” he said. “I constantly get people asking if I have a unit.”