Mission-Driven Communities in Israel: A Model for the United States? 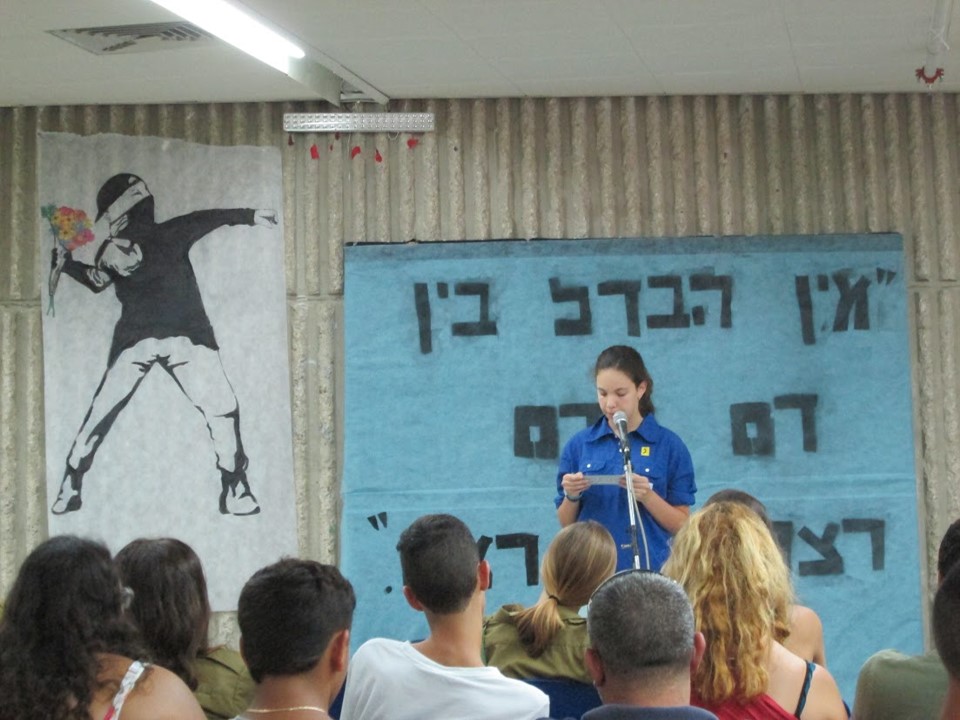 For several years, I have been working to combine two types of community: Jewish and cohousing. These two concepts of community – one that allows people to experience and express their Jewish lives and one that gives people the chance to knit close communities through shared living – can be mutually reinforcing and stronger together. I have a keen interest in expanding the communal aspect of Jewish life, in making it less compartmentalized and available as part of daily life. This interest led me to create Urban Moshav, a nonprofit development partner for Jewish cohousing.

So in 2015, when I had the opportunity to join a study tour of intentional, mission-driven communities in Israel, I jumped at the chance. (The tour was organized by Hakhel, a global incubator for Jewish intentional communities.) Israel has more than 200 such communities, spanning the political, cultural, and religious spectrums. Many of these communities work with particular populations on specific projects. For example, Garin Ometz is a religious intentional community that helps Jews and Arabs in need, Tarbut is an urban kibbutz/artist collective that serves youth and supports LBGT inclusion, and Hineni is a community that empowers Ethiopian immigrants via agricultural and other work.

To elaborate on this difference, let me describe what I learned on the study tour. Israel’s mission-driven intentional communities are organized into 14 networks from diverse segments across the social, political, and ethnic segments of Israeli society, including educators, newly religious Jews, and communities among the Druze population (a religious and ethnic minority group). The 14 networks collaborate under the single umbrella of the MAKOM (the Hebrew acronym for the Israeli Council for Communities for Social Action). MAKOM, in turn, works with the Israeli government to secure support for the communities in its networks.

The week-long study tour took us to 15 communities, including some urban kibbutzim. The Israeli concept of a rural kibbutz is well known throughout the world. First established in 1909, the original kibbutzim (plural) were founded as intentional, agricultural communities of Jews returning from Diaspora to the Jewish ancestral homeland. These rural communities were socialist in orientation. There was no private property, and child-rearing was communal. The mission of the original kibbutzim was to drain the swamps, build the farms, defend the borders, and provide a haven from ethnic persecution from Jews from around the world.

The kibbutz movement grew and thrived until around 1980. At that point, the movement began to decline, in part due to political and social changes in Israel but also because the original mission of the kibbutzim had largely been accomplished – Israel had become a strong and economically developed nation. Inspired by the values of the Kibbutz but wanting to apply them to Israel’s current needs, some younger, idealistic Israelis began asking, “What are Israel’s needs now?” The idea of the urban kibbutz was born. These new kibbutzim have a different kind of social mission, one focused on the current needs of Israeli society.

On the study tour, I visited several urban kibbutzim, including Kibbutz Mishol, a social activist kibbutz running an education NGO in Upper Nazareth as a way of serving the needs of a community of both Jews and Arabs and of building bridges between these groups. With 70 adults and 80 children residing together in a high-rise building (formerly an “absorption center” for Jewish immigrants), it is the largest urban kibbutz in Israel.

James Grant-Rosenhead, one of Kibbutz Mishol’s founders, grew up in England and had a job in the financial industry. When he was 18, he went to Israel to live on a rural kibbutz and found himself spending 14 hours a day collecting eggs from a chicken coop. He thought to himself, “This is nostalgia; it is not what Israel needs now.” When James, his wife Emma, and their friend Anton moved to Israel a few years later, they spent many hours contemplating a new kibbutz before eventually putting their wallets on the table (literally) and declaring that they were all in. They formed Kibbutz Mishol and continue to live there today.

James has reflected on what urban kibbutzim are all about. “What’s important is that we’re going out from this building to do the pioneering,” he said. “Really, there are still swamps which need draining, the social swamps of Israeli society. The creation and shaping of the community internally is an important and beautiful transformative effort in and of itself, for the members of the community ourselves and for our children, but it is also vital that we remember that it is also just the springboard from which we need to go out and take responsibility beyond ourselves, for the new type of pioneering which is needed today, which is pioneering the socioeconomic frontiers via education and grassroots neighborhood regeneration.” Some examples of the work these urban kibbutzim and related communities are doing: an educational greenhouse as part of improving the local elementary school; the Bustan shared Jewish-Arab community; and the anti-racism/anti-violence work of a local youth movement branch.

I was intrigued by what I saw at Kibbutz Mishol and by my conversations with James. As we talked, he expressed his strong belief that communities need to have a social mission, that it is not enough simply to live cooperatively. I disagreed, saying that creating a cohousing community with Jewish life at its core would be enough of a challenge and mission. I thought it would complicate things too much to add a social mission.

When I returned to the United States, I began to ask myself how the approaches I saw in Israel might be incorporated into the cohousing movement here. Most American cohousing communities are based on the belief that it is good to live in community, but the communities in Israel helped me see that we might also look for ways to serve more than just ourselves, to go beyond the simple desire to be connected to our neighbors. What if James were right? What if having a social mission is a key to a thriving community?

The more I thought about it, the more I could see how a social mission binds people together, gives a sense of purpose to communal life, and offers a way for the community to contribute to the civic community and the wider society.

While I’m excited by what I saw at Kibbutz Mishol and other urban kibbutzim, I still don’t know how well such an approach would work in the United States. But what I gleaned from my time in Israel is that it can be done. There’s a model there, and it works.

For now, I am focused on establishing Berkeley Moshav, the first large-scale Jewish cohousing community in the United States, and then moving on to help develop similar Jewish cohousing communities in other places. That work is my top priority, but still I think about what I saw when I toured Israel. How can we house ourselves, build relationships, and serve the greater good? Those are good questions to ask as we continue to build the cohousing movement.

Photo Caption: A youth counselor participates in a memorial ceremony and educational dialogue. The event was cosponsored by HaShchunatit, a youth center established by Kibbutz Mishol, an urban kibbutz in Upper Nazareth, Israel. The backdrop is a banner of a protester throwing flowers and a sign that reads, “There is no difference between blood and blood. Murder is murder.” The quote comes from Racheli Fraenkel, one of the bereaved mothers of three Jewish teens who were murdered in June 2014. She was speaking out against the revenge murder of an Arab teen in July 2014. Kibbutz Mishol’s involvement in the event ensured that it would memorialize both Jews and Arabs in order to help ease rising racial tensions in a mixed city that includes Israeli Jews and Palestinian Arab Muslims and Christians.