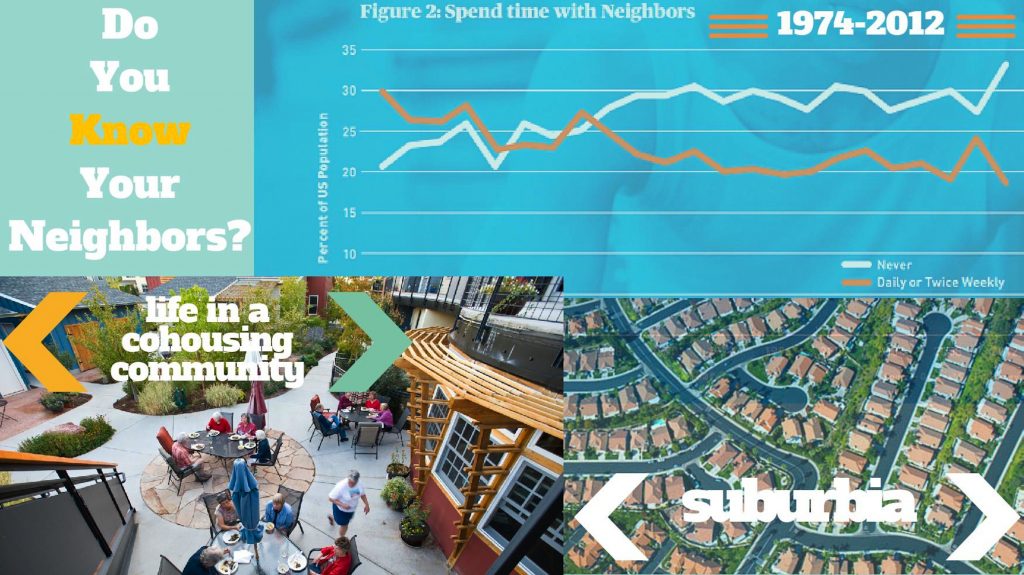 “The disappearance of these once-central relationships—between people who are familiar but not close, or friendly but not intimate—lies at the root of America’s economic woes and political gridlock.” – The Vanishing Neighbor, Marc Dunkelman

CITYLAB (from The Atlantic) released a fascinating article Aug 19th: Why Won’t You Be My Neighbor? based on recent neighborhood-level data. Striking facts, indicating a steady downward trend in interactions with one’s neighbors, even at the most basic level of knowing their (not just their dog’s) names. Fenced in & tuned out, some would say. Seems a pretty solid argument for creating more cohousing to me.