Rob Sandelin: His insight and humor will continue to ripple through our communities 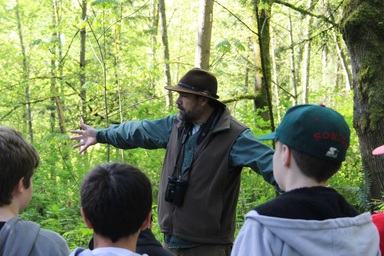 We are saddened by the passing of cohousing pioneer, Rob Sandelin, a member of Sharingwood Community for nearly 30 years. Rob was a prolific poster to the cohousing-l email discussion group, and positively influenced the development and growth of communities throughout the U.S. with his wisdom.

Below are two stories posted on the cohousing-l email discussion group:

In 1999, our forming community brought Rob in to lead a consensus workshop for us. The work we did together was transformative for me personally and for our community. There are a lot of things I could say about Rob, but the most profound is this story that I now share with every consensus workshop I lead. Seventeen years later, I still tear up EVERY TIME I tell it.

Our community had identified a possible property: an old apartment complex, with about 50% occupancy. Some of us saw this as a great opportunity to move into cohousing NOW, at a relatively low price. Others were not so keen on the idea – moving into a funky apartment in a run-down neighborhood did not meet their dreams of a groovy green project with lots of open space.

We were totally stuck. No matter how much we talked, whenever we called for consensus (we were using thumbs up, thumbs down at that time) we came up about fifty-fifty. We were paralyzed – we just could not see how to use consensus to make this decision.

Rob said: “The reason you cannot reach consensus is that you are not asking a consensus question.

When you each put out your thumb, the question you are answering is ‘Do I want to live on that property?’ which is an individual preference question. The consensus question is this: ‘Is it in the best interests of this community as a whole – would it further the group’s mission & vision – to purchase this property, WHETHER I WOULD CHOOSE TO LIVE THERE OR NOT?'”

A moment of silence…and then EVERY thumb went up.

This is the part of the story where I always tear up. I was totally gobsmacked – by the profundity and simplicity of the re-framed question, by the power of switching focus from self to community, by the willingness of my community members to say “yes!” to a decision even though it might mean them leaving.

Whenever I’m facilitating a difficult conversation, trying to find a way through to consensus, his words come to me. His good humor and insight has rippled through my community to all the other communities, nonprofits, government agencies, and businesses that we each influence.

The world is a better place for his having been here.

When I joined Cohousing-L in the mid 1990s, Rob Sandelin was a frequent and informative participant.

He posted as often as I do (Yes, there is at least one other in the race to the top).

His advice was seasoned and wise. Much of it I have only now come to appreciate. I would call him a low-tech kind of guy. Don’t hassle over workshare. You can’t measure the worth of sharing. His community rotated cleaning of the common house by unit but most paid a particular resident $50 to clean it for them.

All you need to do to measure morale is ask people once a year, Are you happy? A deep sociological analysis won’t tell you anything more that is helpful.

Don’t over design. Cohousing isn’t magic. People won’t (or can’t) pay above market rates for solar panels and heated floors. In the 1990s, banks just blinked, if they did anything but thank you nicely and walk away.

Fred had just started the list using one of the first email list managers and it was low tech too. Those were the days when spell-check would correct “Sandelin” to “dandelion.” Rob probably accepted it as his alternate name…..

[Visit Ten Great Reasons to Live in Cohousing; and Getting Started: The First Eight Steps]

Rob was one of the first to write these sorts of materials for beginning cohousing communities. In the mid and late nineties there were more failed start-ups than successes. It was hard with no tested sources of information. There was too little experience to work from. You can find these writings by searching the cohousing.org site.

Rob left this [coho-l] list in the early 2000’s to take what he called his dream job teaching what he loved most, the natural environment.

I missed him when he left and am saddened that he will no longer pop-up with a post from time to time.