The Best Morning Coffee in the World: Bellingham Cohousing 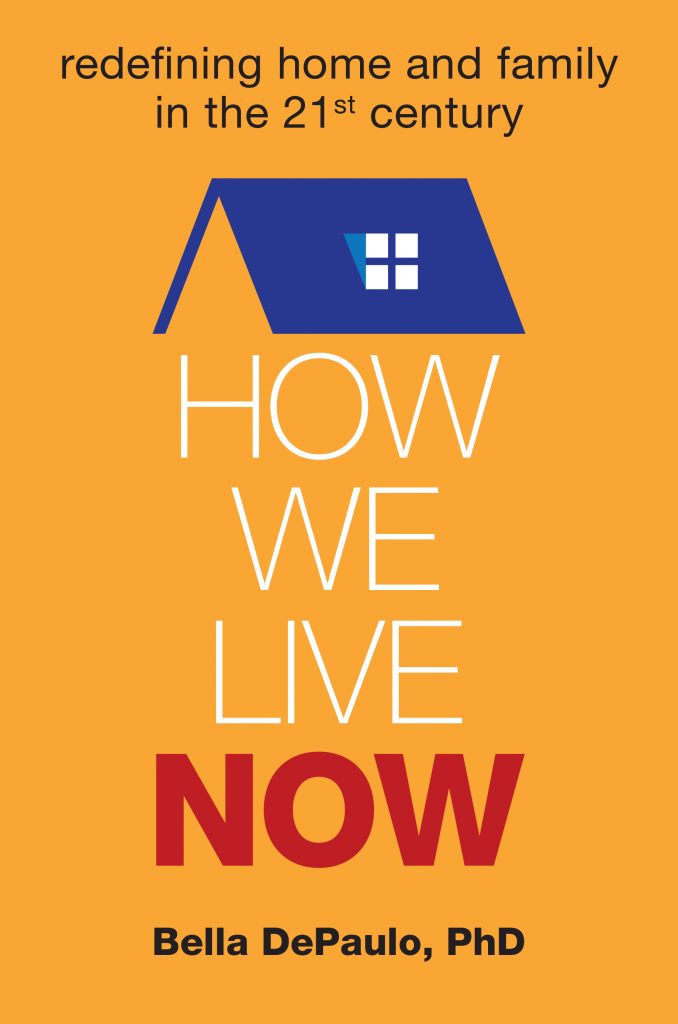 [Bella DePaulo’s introduction: For How We Live Now: Redefining Home and Family in the 21st Century, I visited so many cohousing communities and had so much to say about them that the book just couldn’t hold it all.

Descriptions of some of the experiences I cherished were cut from the book. This is one of them. How We Live Now includes a few pages describing the look of the Bellingham cohousing community. This excerpt is what would have come next if the book could have gone on forever. Kristin is someone from Bellingham, though not from the cohousing community, who showed me around. The person who showed me and Kristin one of the units was not named Andrea; she did not want me to use her real name.]

The Best Morning Coffee in the World

Bellingham cohousing, like other cohousing communities, does have some common dinners but their real point of pride is their coffee hour. Every morning from 10 to 11, since the community was completed in 2000, coffee is served (well, self-served). On their website, the community invites visitors to join them during that hour. I timed my visit to take in the experience.

The day Kristin and I visited was a good test of the power of the coffee hour. It was rainy and overcast. It was a weekday morning and the whole community had just gathered the night before to celebrate the wedding of one of their own. Would they really show up again, about twelve hours later?

Yes they would. One or two at a time, donning rain hats and maybe a jacket, they pulled open the door and sat around the closest table. When Kristin and I first arrived a few minutes after 10, there were five people there already – two couples and one single woman. Three of them had lived in the community for 13 years and the others for eight. Eventually, the table filled up and when more people arrived, they sat at the next closest table.

Except when I changed the dynamics by lobbing questions to the group, the hour had the feel of a family that had been gathering like this for a very long time. Separate, simultaneous conversations alternated with moments of quiet as people read their newspapers or contemplated their plans for the rest of the day. The couples did not always sit together.

Partway through the hour, the mail was delivered (all of the mailboxes are in the common house), and three people got up to fetch theirs. Two came back with New Yorkers in hand, flashing the cover to give the rest of us a thrill. It was the one mocking Anthony Weiner and his sexting.

The mostly friendly discussions were punctuated occasionally by some push-back from the lone contrarian. I made the mistake of saying that I thought he was fun; after he left, I learned that some of the others found him annoying, though they were also quick to note that they appreciated what he added to the community.

That was a great opening for me to pose the question I get asked most often when I describe cohousing to people who have never heard of it before: What if you don’t like someone in the community?

One of the women admitted that when she is headed to the mailboxes but sees someone there she’d just as soon avoid, she may just wait until that person leaves. One of the men said it was like family, especially when you are stuck with them around the Thanksgiving table – you try to find something good about them and try to get along. Marinus, when I talked to him earlier, had been more philosophical: “That’s a perfect situation for learning about life…sometimes the worst day of your life when it happens, when you think back later it is a blessing.” Later, I put the question to Rachel (not from Bellingham). She disagreed with the premise that living near someone you dislike was a cohousing issue: “That can happen anywhere.”

At Bellingham, residents contribute according to their interests and inclinations to the upkeep of the community. There seemed to be a bit of tension around the matter of who did what. One person who tends to flowers said she gets comments about how she doesn’t grow anything that people can eat. A man heard her and returned the volley, quipping that no one gets called in the middle of the night to fix the flowers.

Mostly, though, they were on the same page about how much they appreciated their community. They boasted about how easy it was to get timely help with just about anything that anyone might need – a car seat, an onion, or a ride to the airport, for instance. Just send out an email, and the responses come. They also liked the conviviality, the safety and the comfort of their community. Also, one woman added, you can have a drink and still walk home at night.

Their favorite topic seemed to be what they call “cohousing moments” – those treasured times when you know you are living in a special place. Often, the stories have dire beginnings and happy endings. In one example, an elderly woman had fallen and couldn’t get up. (Seriously. Just like that infamous ad.) She was able to make a banging noise that the person living above her heard, and then immediately came down to help.

Another cohousing moment began with a slashed finger. Bleeding and in pain, the woman called another cohouser who was a nurse. She wasn’t in, but her husband, the doctor, was. He showed up immediately, declared her injury hospital-worthy, and drove her there.

The story that really grabbed me, though, lasted more than just a moment. An elderly man experienced the death of his wife while he was living in the community. At first, his blood family was attentive, showing up and helping often. Over time, though, they got busy and their visits tapered off. His cohousing family never did forget him; they were there for him always.

After the hour was up and most people had drifted out of the common house, Andrea grabbed a sponge and wiped down the counter around the big coffee pot, then offered to show us the inside of a unit that had just become available. On the way out, we passed through the laundry room, where we got to see the little pre-made signs available to let the others know what to do with the clothes if the owners were not back in time to move them into the dryer; for example: “Please dry, hot temp except socks and bras.”

We left the common house and just a short walk later, we were in front of the available house. Like the other two units to which it was attached, it was mustard yellow on the bottom and chocolate brown on top, and it sported a small front porch with cheerful flowers and white railings like outstretched arms.

It was a middle unit, so I was amazed to walk inside and find the place flooded with natural light. The open floor plan and many windows in the front and back helped with that. The kitchen was in the front and included a granite-topped island. The floors of the living room were bamboo and mamoleum. Out back was a handsome private deck with a view of the wetlands and edible gardens, and farther into the distance, an expanse of towering trees. The two bedrooms were upstairs and included lots more windows, a skylight, and artfully designed shelves on the walls and in the closets.

It is nearly a year later and I’m still thinking about that house. That just might make me a bad candidate for cohousing. At the cohousing conference, one of the panelists warned us about people who say they want to live in cohousing but then obsess endlessly about what their home will look like – they usually do not end up in a cohousing community. Cohousing communities really are more about the communities than the housing.