The Cost of Self Defense 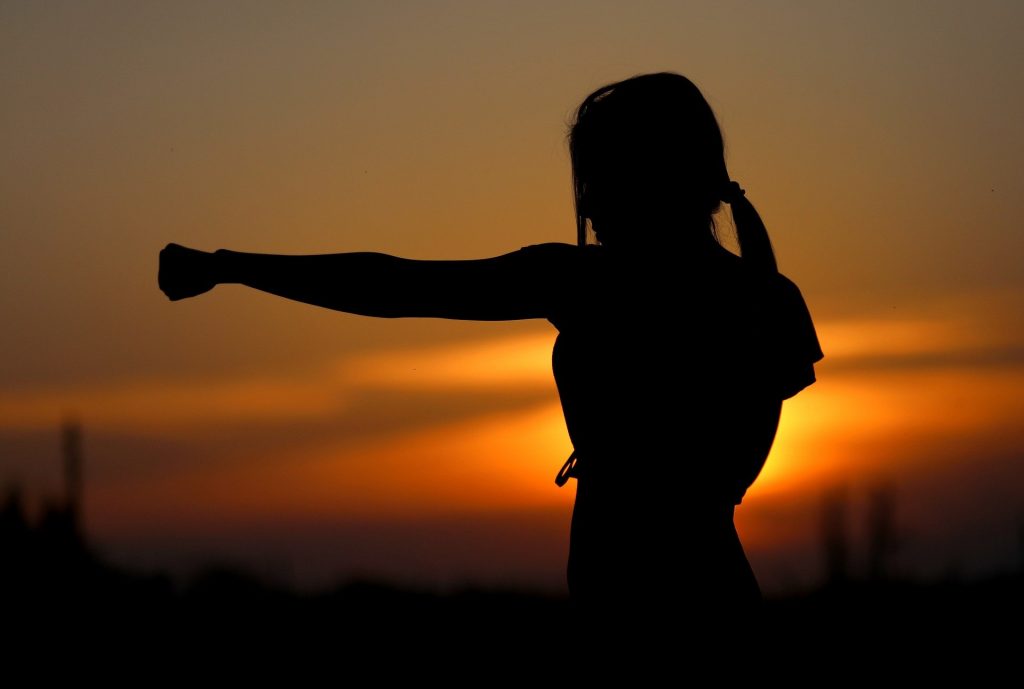 The concept of self defense is embedded in our legal system, tucked into our expectations and folded, perhaps unexamined, into our values. Self defense is the idea that when our intention is to protect self or others, we are absolved from responsibility when our impact is harm.  If someone is killed, it is self defense OR murder, not both. This is the binary, simplistic mechanism of our legal system, and perhaps adequate there. But life is not binary or simple.  The relationships we seek in community are complex and nuanced, and it is rare for our defense of ourselves to have only the impact we intend.

The first nuance to address is that all behavior happens within a context. When that context is one of oppression, meaning when a person who has a great deal of power (a boss, a parent) is harming a person who has far less, the need for the oppressed to defend themselves tends to far exceed any potential harm to the oppressor. In general our society has not done enough to address oppressive harm, and we need to work on that while also supporting the healing of the oppressed.

For this article I’m interested in another context. I’m interested in the behavior or the choices of people who have equal or greater power to the people they are impacting. In that context I find the concept of self defense increasingly problematic.

Large scale examples dominate the news. When a nation of substantial military power is harmed by missile strikes from a far less powerful opponent, they feel justified in striking back with huge force, nevermind that they are killing innocents and depriving thousands of basic resources for years to come. An American president is careful to assert that powerful nation’s right to defend themselves. The world grapples with the cost.

A police officer, holding social, legal and weaponry power, approaches a child, believes the child has a weapon, feels threatened and shoots. He believes he is defending himself. The world asks whether his perception of threat was sufficient to explain his impact. It happens again. And again.  A nation asks how to stop it.

These stories are painful and important and because of my privilege, I view them from a distance. I’m interested in how this dynamic plays out closer to home, in the spaces where I am helping to create it.

I’m curious how self defense is applied in my life, in my interactions, in my community. I’m beginning to suspect that scenes that seem familiar and reasonable at home play out the same pattern of self defense that is so obviously harmful in society. I wonder if we can begin to learn at home the dangers of self defense and the value of vulnerability.

Self defense looks different in community. The harm is less tangible, the behaviors less physical in their violence. In community we defend ourselves with harsh words and silence, raised voices and withdrawal. We tell ourselves we had to yell back because they yelled first. We had to call them out, had to enforce the policy, had to stop speaking to them. We do it for the good of community, telling ourselves that if we don’t stop that person’s behavior . . . fill in the blank with some sort of imagined community disaster.

The problem is that in the end community is relationship, and whatever harm another person’s behavior may be causing, odds are that defending against it will cause harm too. Relationships don’t work when we are against each other. Relationships thrive when we find the vulnerability to engage in the hard stuff, being conscious and careful of our potential to do harm.

The truth is we will do harm. We will have a bad day, get triggered, behave badly. On that day, or around that topic, our best hope is to be surrounded by a community that can walk with us despite the hurt we may be causing, to be held by friends who guide us back to our better selves, not by accepting our bad behavior, but by holding steady with us and not returning harm for harm. As a community our best hope is to each be that steady friend most of the time. Our best hope is to banish the story of self defense and replace it with a practice of community resilience grounded in vulnerability and curiosity.

I’ll close with a story of one of my bad days. I was challenged to grow through old hurts. I was with someone dear to me and feeling raw. I was struggling with the complexity of a relationship where the very people who are most dear are also tied to my history of pain.  I needed to talk through it, and despite all my years of relationship training, I wasn’t finding my way into that conversation gracefully, so I did it badly.

I got grumpy and reactive and said hurtful things. I said the very things that I knew would be most upsetting to the person I was with. I didn’t use any of my conflict toolbox. Basically, I picked a fight.

Fortunately the person I was with did not subscribe to the theory of self defense. I’d given her every reason to fight back, and she didn’t. When I labeled her with judgements that seemed to her completely untrue and unfair, she chose not to defend herself. Instead she engaged with the gentlest of curiosity. “I need to know more about that.”

I’d like to say that her gentleness snapped me back to my best self, but that’s not what happened. For the next hour, years of pain and frustration poured out, raw and unfiltered and with no particular effort to be kind. As I worked through my mess, she held me. In the end I did come back to my better self. I thanked her for being there for me.  In the end, despite having done it badly, my sharing, together with her ability and willingness to receive it, strengthened our relationship.

So may it be in our communities. May we find the strength to hold each other at our worst, to create spaces of curiosity, vulnerability and growth.