The Future of Cohousing: The Next Generation 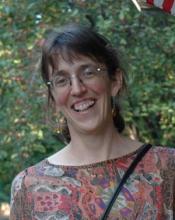 In 2014, my home community, Pioneer Valley Cohousing in Amherst Massachusetts, celebrated our 20th anniversary. A number of big changes here got me wondering – what comes next for my family, my community, and the national cohousing movement? When it came time to think about a theme for our conference, “the next generation” came to me immediately.

The first generation of cohousing has been a success! Research conducted by Coho/US in 2011 confirmed our anecdotal evidence that cohousing is good for children, parents, singles, seniors, the neighborhoods around them, and the environment. We proved the model works, though we stalled (along with the rest of the housing industry) during the recession. Groups are starting up again, but it is time to think about how to advance the movement within a new context. Demographics are changing rapidly with boomers reaching retirement and young adults less inclined or able to enter the home ownership market – all within an ominous backdrop of climate change and uncertainty.

What is in the future for cohousing? There is clearly an increasing demand for senior cohousing for the aging boomers. New cohousing communities are stretching in innovative ways to grow food, reduce energy use, include rentals and group residences, squeeze into tight urban sites, and question previously sacred governing systems. There have even been some interesting spin-offs in affordable and supportive housing projects that physically look and act like cohousing – evidence that others have learned and benefited from our pioneering work.

Yet new cohousing groups are still struggling to find land and developers and are working within antiquated zoning regulations. Some existing communities are either struggling to find new energy or to embrace change that new residents are bringing to them. And young adults who grew up in cohousing are finding their way to communities of their own making and using the skills they learned at our common house dinners and meetings to change the world.

Will the kids of cohousing build their own cohousing communities, come back to revitalize existing ones, or create something entirely new? The grown children in my community are really remarkable. They come and go from college, travels, and interesting jobs, and there is always a buzz around the common meals when a fledgling has returned. They talk about sustainable agriculture, communities they have formed at school, and meeting their cohousing “siblings” abroad. Nearly all of them have written or spoken about cohousing for school projects and shown off the common house and our pedestrian friendly site to their friends. Their social skills are amazing to me and I wonder if this is directly related to cohousing. I will bring some of their stories with me to the conference.

And so you see, the “next generation” theme is really appropriate at this time. Come join me at the 2015 national cohousing conference to celebrate the 20th anniversary of many communities and get a preview of the future of cohousing!www.cohousing.org/2015conference