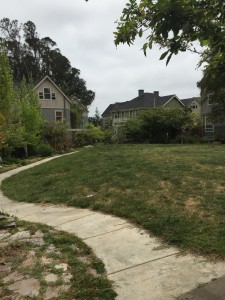 THE IMPORTANCE OF COHOUSING

Cohousing is a fascinating model of intentional community. It originated in Europe, particularly Denmark. It’s success in the US (at least 135 identified communities in the US) is at least in part due to the fact that it looks and operates similar to existing ownership models, particularly condominiums.

Cohousing communities are distinguished from conventional models by an increased emphasis on shared facilities and collective management structures. The square footage of units tends to be smaller, and decision-making is often consensus. They also tend to be designed to foster social interaction with parking lots and driveways pushed to the sides and pedestrian walkways connecting units that face towards each other.

The similarity to conventional models means that they are the communities most accessible to average, middle-class Americans. As a result Cohousing communities are more often “developer driven” than other kinds of communities. Meaning, they are constructed, physically and legally, by an individual or company who may or may not actually live there, and who sells units to individuals or families either after their built or after the property is purchased. This makes it much more tenable to get a new community off the ground (or, on the ground I suppose). The other benefit of this is that it’s a business model that financial institutions are familiar with.

There’s a benefit to the larger movement as well. Cohousing has done important work in establishing intentional communities as viable, and have developed ownership, financing, and governance models that are applicable to other models. They’ve helped created a framework of the questions groups need to be asking themselves.

There are some drawbacks too. Developer driven Cohousing communities are more likely to struggle with interpersonal conflict. Why? Living in community steps us out of our comfort zone in many ways.

We’re simply not use to having to deal with other people, and the horizontal governance structures means that we have to deal with each other. Consensus decision-making and conflict resolution are skills that involve both learning and unlearning from our socialization. Work needs to be done both to develop these skills as well as building the relationships, the sense of trust and intimacy, that will support dealing with issues like what color to paint the common house walls (easily one of the most contentious decisions groups have to make). When this work isn’t done ahead of time a group can run into trouble.

But many Cohousing groups have already been through this and are passing on their wisdom to newer groups. One of the best opportunities to take advantage of this is at the upcoming National Cohousing Conference, May 29 – 31, in Durham, NC. This year’s theme is The Next Generation. This is an important event for the larger Communities Movement as many Cohousing communities are pass the 20 year milestone and new groups are starting up all the time. Hope to see you there!