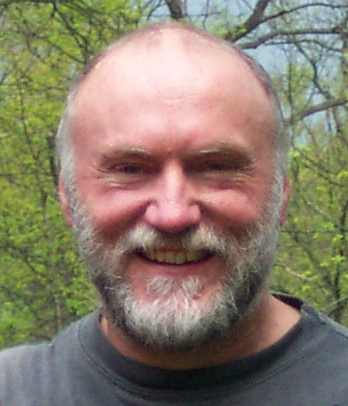 As a professional consultant in group dynamics I rarely get asked to work with a group when everything is going fine. Usually they’re leaking oil, have a busted leaf spring, or can’t seem to shift into third gear—and are hoping for inexpensive repairs from me, the itinerant shade tree mechanic.

First of all, it can be awkward admitting (to a stranger, no less!) that your group has troubles that it’s not able to navigate on its own. For most of us that’s a humbling admission.

One of the most important milestones in the history of my community (of 40 years), Sandhill Farm, was when we started asking outside facilitators to guide our annual winter retreats—where we’d set aside 4-5 days to conduct strategic planning; take a deep look at unhealthy patterns; and/or try out a new way of relating to each other based on the skill set and training of the facilitator. Unfortunately, it took us more than 15 years to start that tradition—to admit that we needed help. Up until then we relied solely on ourselves, and it was a bumpy ride.

But let’s suppose you’re past that hurdle. In general, the most complicated situations I encounter feature tension that’s triggered by current events—yet is mainly fueled by a historic pattern of unresolved distress. In a blink, once the old pattern gets evoked the group enters gridlock, with frustration and despair souring the air. Not pretty.

So let’s break down what’s happening. Yes, it’s complex, but it’s not brain surgery. For the purpose of putting flesh on the bones let’s say that the old dynamic centers around long-term member Dale, and the pattern is that Dale is all-too-often late in offering input on plenary topics (maybe Dale misses meetings, maybe he/she doesn’t always read the minutes, maybe it takes Dale a while to formulate his/her thoughts). Suppose that some version of this has been going on for years and there have been a number of attempts to articulate the pattern and why it’s problematic, yet the behavior persists. That’s the back story.

In the most intriguing cases, the surface issue is compelling in its own right, and the groan response from the group can be baffling to Dale. (Why is everyone being so reactive to my germane comments?)

The key here is understanding that Dale is looking at one thing (the relevance of his/her input) while others have their attention on its tardiness. Dale feels disrespected by so many cold shoulders; the group feels disrespected by Dale (again) not contributing in a timely way. Both of these views can be examined and worked with, though not simultaneously.

While some groups are not that stout when it comes to members giving each other constructive feedback (to be fair, it’s a difficult skill to master), let’s suppose that the group is ahead of the curve and is pretty good at it, and that serious attempts have been made to illuminate the dynamic for Dale. However, if the pattern persists for any length of time and the group feels that it’s made reasonable efforts to try to turn it around, it won’t take long before the group will gradually give up on Dale, expecting bad behavior—to the point that they might not even hear Dale’s input; they’ll just proceed immediately to “Here we go again” and “Wouldn’t we all be better off if Dale would just shut up?” Not good.

The key point is that if the dynamic goes unresolved then it tends to continue to deteriorate. In addition to having problems with Dale, now there is a tendency on the part of others to not hear Dale, which undercuts the community’s commitment to inclusivity and working with the input of all. Uh oh.

If this persists further, the group will start to be both irritated with Dale for coming in late and for failing to work with the feedback (as evidenced by there being no change in behavior). Perhaps the most insidious part of this is that the group will tend to believe that responsibility for the dynamic lies solely with Dale—not seeing their part in closing off to Dale.

Instead of trying to talk it through (which experience has shown doesn’t work), the group moves quickly from bad behavior by Dale to eye rolling, deep sighs, and crossed arms. Yuck.

Help Is on the Way

So how do you get off the merry-go-round? While every situation cannot be turned around (just as everyone is not meant to live together), I always believe it’s worth a try. The approach that I use is to unpack a current example of the core dynamic—in this instance, Dale entering into the conversation late.

Carefully, I would select someone in the group who is irritated by Dale and work this in a dyad, just as I would any conflict, relying on a four-step sequence of questions:

1. What are the feelings?

What is the emotional experience of each player?

What is the relevant series of events that is associated with the strong feelings?

What is the meaning of the reactions? What’s at stake?

4. What are you willing to do about it?

Now that you’ve had the opportunity to explain your experience in depth—and learned what the experience of the other player is—what are you willing to offer in the way of a unilateral olive branch meant to repair damage to the relationship without selling out, disavowing your values, accepting blame, or altering your personality. It has to be an honest offer that can be freely given.

Note that this step is not, “What do you want the other person to do?” I find that offering something tends to land much better than making a request (which can land as a demand).

In my view it is essential that the above sequence be facilitated with curiosity rather than judgment. Just as the group comes to expect Dale to misbehave, Dale will anticipate the group’s hostility and the facilitator will need to set a different tone—one that steers clear of blame and that opens the door to possibility. It is not an easy thing to do (maintain an attitude of wonder in the face of tension), yet it’s worth gold.

The key to this working is that Dale and their counterpart be given an honest chance to follow through on their commitments to do something new, and that hearts do not remain hardened against that possibility.

Of course, this won’t get you very far if Dale (or their counterpart) makes an offer that they subsequently renege on. They have to follow through for there to be hope of turning the corner.
It’s important to see this is the lynch pin of the dynamic. If you can establish that Dale and others can change their behavior, then everything can shift—which is what you wanted all along.