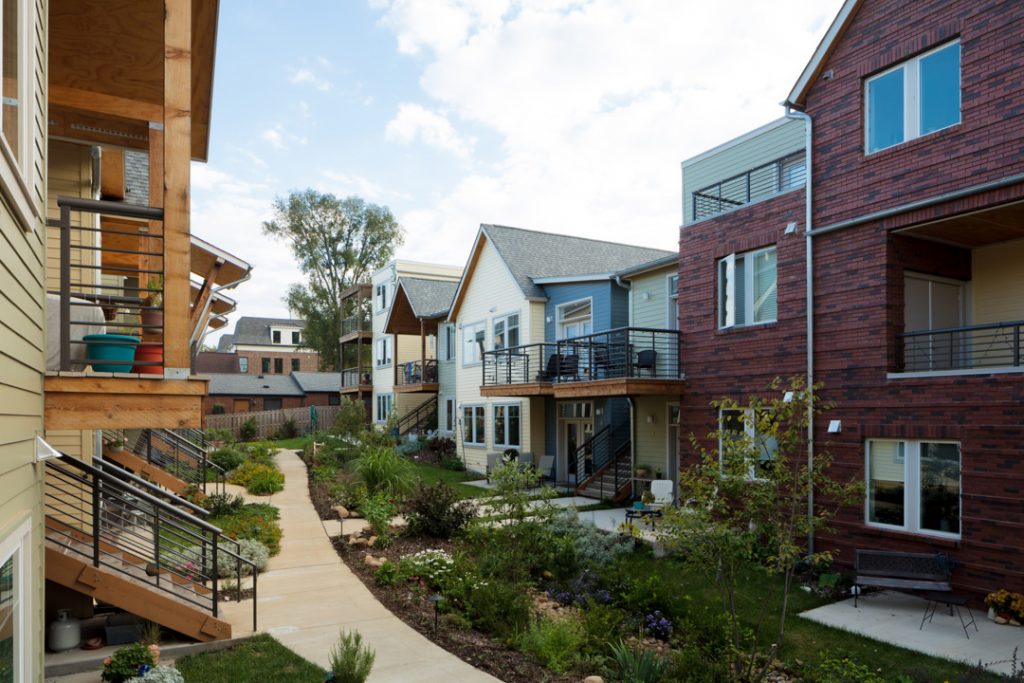 For many, the term “cohousing” may conjure up an image of a rural community situated in a pastoral environment, complete with chickens, gardens, orchards, even mini-farms. And in fact, many cohousing communities throughout the United States are bucolic retreats from the hustle and bustle of cities.

But now there is a resurgence of interest in low-impact urban living, resulting in benefits for both the cohousing communities and the cities in which they choose to locate. Urban cohousing residents find convenience, amenities, and cultural resources. And their surrounding neighborhoods – and their metro areas – benefit by having housing that is sometimes more affordable and more environmentally sustainable. From an urban planning perspective, cohousing communities are much lighter on infrastructure and help to preserve land and open space.

By providing carefully considered and appropriate shared resources, these urban cohousing communities are able to accomplish elegant density. Even when a community is one apartment-style building on just a tenth of an acre, as is the case with Capitol Hill Urban Cohousing in Seattle, Washington, residents find an expansive sense of belonging. This type of dense housing doesn’t feel crowded. Instead, it feels vital, vibrant, connected as residents interact with neighbors they know and cherish. 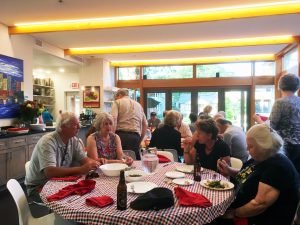 Residents of Germantown Commons Cohousing gather for lively conversation in the Common House.

Members of urban cohousing communities across the United States are enthusiastic about this new way of living together.

“Here, you walk in and know every one of the people and you know them well. You greet them. They’re your friends. You do stuff with them. It’s the opposite of the isolation you sometimes get in the urban areas.” – Steve Fisher, a retired transportation planner who leads the weekly hikes at PDX Commons, Portland, Oregon

“To walk out of your door and down the hall and run into people who care about you and the community is very satisfying. It’s living near people you care about because you know them rather than some anonymous neighbor.” – Joan King, resident of Eastern Village Cohousing, Silver Spring, Maryland

Interested in finding out more about the many possibilities in urban cohousing? Download this PDF to read short case studies of eight cutting-edge urban cohousing projects.

And when you’re ready to think about creating your own vibrant urban village, contact us at Caddis Collaborative to find out how we can help you make your vision a reality.