Cohousing Across the Country – Part 1 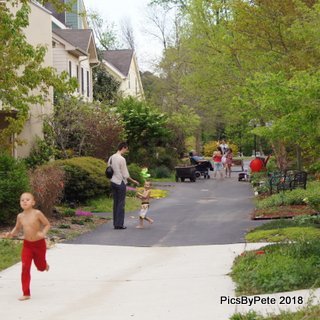 This summer I drove from Atlanta, GA to Anacortes, WA, which is to say I moved home. As I crossed the country, I engaged with as much community as I could. I’m sharing that journey here, in seven parts, with gratitude and lessons learned.

The beginning of any journey is the departure.  So it was for me as I drove away from five years of living at East Lake Commons. Cohousing has touched me, changed me, become a piece of me. Driving north I had time to reflect on how my community had broadened my perspectives, honed my understanding of consensus, and taught me about myself.

#1 – I don’t know as much as I thought I did. Cohousing isn’t like other community experiences. It isn’t like your subdivision HOA or your consensus community group. Living together AND making decisions by consensus AND sharing a bunch of stuff and doing it all with people you didn’t choose is unique and beautiful and different. The more I opened my mind, the more successful I became.

#2 – Newcomers are welcome and wanted in community, so long as they respect the wisdom of experience and the identity of the community they have joined.  This is a tricky dance. As a new cohouser I had more energy than most of my neighbors to engage and connect and they welcomed that, except when they didn’t. It was important to remember that the community that I was stepping into was built by the blood, sweat and tears of others. There was beauty and there were scars. There were sacred spaces and broken things and sometimes both in one.

#3 – No one person represents the whole community. In other words, the thing that is welcomed or even encouraged by some members of the community may be opposed by others. Taking time to explore all the perspectives pays big dividends in the end.

#4 – Consensus does not mean agreement. In fact total agreement is rare in cohousing. If you think you have agreement, odds are there is a voice missing from the conversation. Some of the most tender places in cohousing come about when neighbors lean in to spaces of disagreement and seek a way to move forward together.

#5 – Too big, really is too big.  With houses up to 3,000 square feet, 67 units (some with basement apartments) and 140 adults, ELC is too big for many of the ideals of cohousing. There never was a day when I could name everyone who lived there. I didn’t experience the level of closeness that I witness in smaller communities.  Both the number and the size of the houses matters. Bigger homes give people less reason to use common spaces.

#6 – Flawed cohousing is way better than not cohousing.  I did know my neighbors. We enjoyed our pedestrian paths and common spaces. We cared for each other when we needed it, borrowed and lent and gave of what we had, engaged in causes, learned new perspectives, and lived more closely than any neighborhood I’ve ever been in before.  There is no where I would rather live in Atlanta.

#7 – Cohousing has claimed me. It has become a part of my identity. It is my work, my passion, a way I hope to make the world a better place.

Thank you ELC.  I will miss you.