Letter Number One from a Cohousing Newbie

What is it like to join a cohousing community? In the spring of 2022 I jumped into that uncertainty in Sonoma County, California. Periodically I’ll try to share the experience and answer questions via a series of “Letters from a Cohousing Newbie.”

Landscaping lessons
I don’t think I could have made more blunders in a short encounter if I tried!
I’d only lived at FrogSong Cohousing for three days when, outside my kitchen window, I saw a woman hard at work, pulling plants out of a nearby garden bed, tossing them into a wheelbarrow.
Each time I peeked out the window the wheelbarrow was fuller. After 15 minutes or so, I created a meager excuse to step outside and greet her. She took a break and introduced herself as “J.” I thanked her for her labor. But before I knew it, I had offered an opinion that wasn’t solicited. (Really, Eve?)
I characterized some of other beds as “overgrown.” J paused. Then she pointed out that people have different opinions about how to maintain the landscaping. She took time to demonstrate how she differentiated between helpful groundcovers and water-hogging weeds.
Note taken: “People have different opinions.” J probably knows that because she’s heard a lot of them! And opinions are respected here. Froggies (yes, this is what we call ourselves) agree to make decisions by consensus. That means every voice is equal in its power to veto a decision. Knowing this inspires participation and a sense of agency.
Lesson: Don’t assume somebody wants my opinion! And remember always to respect the opinions of the other members of the community. 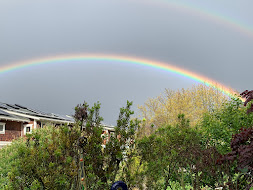 Where am I?
FrogSong: a 2.3 acre, mixed use (residential/commercial) development on the main drag in Cotati, Sonoma County, California (population 7500), about one hour north of San Francisco.
Why now? Why cohousing?
As a child in Pennsylvania, I was a Girl Scout with Boy Scout brothers. I thought I had learned to “Be Prepared.” But decades later in San Francisco when my marriage hit an enormous snag, I was definitely not prepared.
As 2021 drew to a close I spent many anxious hours in my home office, Googling frantically and talking with friends in multiple time zones. I was trying to envision my life’s next chapter. Over time it became clear to me that – fear and sorrow notwithstanding – separating from my wife created an opportunity to live differently. Perhaps in a way that aligned  more closely with my values, eg, less buying; more sharing.
And rather than be alone — especially after 18 years of marriage — wouldn’t it be grand to live in community with like-minded folks?
Cohousing is community designed to foster connection. Physical spaces allow neighbors to easily interact with others…In a way, it all comes down to making the world a better place. Connection, environmentalism, security and community support all draw (us) to cohousing communities. (Cohousing Assoc of America)
Becoming a tenant Froggie
When my brother investigated cohousing in rural Colorado, I supported the idea enthusiastically. Alas, it didn’t happen for him — but it did stick in the back of my mind. And the timing was never right for my friend P, either, who sought a cohousing community to call home. I knew that demand for cohousing outstrips supply.
But I caught a break!
While panic-surfing the Internet on a wintery day in January I discovered a classified ad at Cohousing.org. Apparently a couple of Froggies I’ll call “L & L” were offering their home as a furnished rental for much of  2022. The ad read in part:
…Living at FrogSong cohousing offers the rare opportunity to be part of a multigenerational supportive community while enjoying the privacy of your own home…committed to living collaboratively and sustainably…
I was practically giddy as I replied. From the start I promised myself that if the opportunity were offered, I would accept it in the spirit of adventure. And so it happened that on April 1, 2022 I moved in. 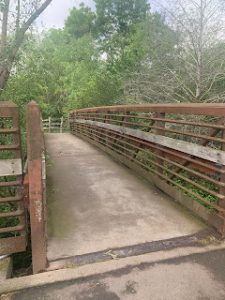 Back to the garden, Eve
Almost immediately on day three I made my next blunder. J told me her apartment overlooks that particular garden bed. “Oh,” I said in reply, “so you’re looking at it every day.” I had implied that she was weeding in her own self-interest! In fact – as she politely explained – she’s part of the landscaping committee. “This is what the committee does,” she explained patiently, “rove the property and clear out weeds and overgrowth.”
Note taken: “Anticipate that a broader range of motivations drives people’s behavior here.”
Lesson: I still don’t know what I don’t know! While self-interest may be innately human, co-housing motivations also include accountability to community and contributing to the common good.
~ ~ ~
I have sworn not to take this unique opportunity for granted! I plan to share what I learn. I hope to discover:

And lots more. I will answer readers’ questions to the best of my ability!