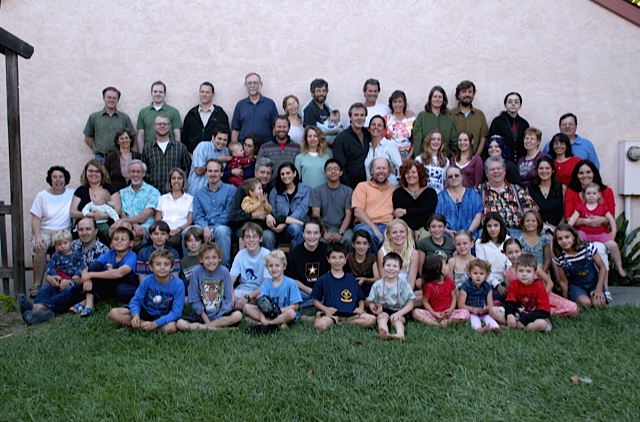 This year Muir Commons celebrates its 25th anniversary. This means 25 years of cohousing in the United States!

Even at the very beginning of this project, which is located in Davis, California, Katie and I could envision other cohousing communities taking root in the U.S. It was a dream we shared with many others. And since the creation of Muir Commons, we at McCamant & Durrett Architects (MDA) have helped this cohousing dream become a reality for more than 50 communities. It has been both our honor and privilege to talk the cohousing talk with the members of these communities, and then walk the cohousing walk with them, from inception to move-in and beyond.
As we look forward to 2016, we would like to share remembrances from Muir Commons. The timeless spirit captured by these images and thoughts are indicative of cohousing communities around the country.
July 1988

Katie and I had just finished Cohousing: A Contemporary Approach to Housing Ourselves, the book that introduced cohousing to the United States. Though writing the definitive book was behind us, our work was far from over. Our next task was to get cohousing built and broadly accepted in the U.S. To get things rolling, we went to an environment conference sponsored by the Green Party in the San Francisco Bay Area. I noticed that one speaker, questioner, and commenter after another were from Davis, California. With so many people with similar values in the same area, it appeared that Davis would be a good place to start cohousing. And there was only one way to find out.

In addition to achieving the environmental aims of Davis cohousing, we wanted to gain ground on the domestic equality front, too. Our study of Danish communities inspired us with how they exemplified this: “Men must cook dinner as often as women, and must watch the children as often as women.” In other words, if both man and woman cook once a month, as they do for a cohousing common meal, then both are sharing the task of cooking. Moreover, both parents are equally responsible for watching their kids, even while they are running around outside with the other kids in the community. The social and physical environment of cohousing in Denmark was set up to make it easy for people to embody the philosophy of equality. In any event, we supposed that the environmentally conscious citizens of Davis, California, might embrace the cohousing way of life.

The very next Monday, I jumped into our rickety Volvo and drove the 50 miles from our home in Berkeley to Davis. I meandered about, found a small community room that we could rent, and set a date one month hence to meet with the community and present our new idea for housing in America. During our next three to four visits to Davis, both Katie and I talked to everyone who would listen about this new housing model from Europe. At the time, our biggest challenge was ensuring that folks would show up to a presentation. With help, we went to every bookstore in town and either asked them to buy the book or sell it on consignment. Four of the six stores bought the book and the others opted for consigning. The two libraries put the book on their shelves. In the sultry Davis summer heat we put flyers up on more than 40 bulletin boards downtown, mostly in coffee shops and grocery stores. We worked. We waited. And we kept on working.

It was a full house—more than 60 people showed up for the presentation. Katie showed 20 slides, and then I showed 20 more, and then Katie presented more materials, and then came my turn again. It was fun. When the lights came up at the end of the presentation, the first comment from the audience was from the head of Davis Planning Commission. This city official knew that in attendance was also a local developer who was readying a new 235 unit development for Davis. The city planner announced that “any new project proposed for Davis should very well include a cohousing community.” The developer agreed aloud. And most important, that very night 28 households signed up for the upcoming Getting-It-Built workshop (the nuts and bolts of the design, development, group, and financial processes). We had supposed correctly, and our hard work had sparked an actual cohousing project. The project would eventually become a 26-unit community.

Because the budgets were tight, the architecture of the development was pretty simple for Muir Commons. But in cohousing the buildings are just the frame of the picture. The faces and the smiles you see in the community are the picture itself. And the residents out of Muir Commons supplemented the basic architecture of their community with fantastic landscaping. Together, they worked side by side with their neighbors to beautify their homes.

The Grand Opening and move-in for Muir Commons residents. It was a day of joy and celebration.
Cohousing in America

Cohousing has come a long way over the past quarter century, and here are some of the highlights:

A. More than 150 cohousing communities are finished in the U.S. and Canada. (Data from cohousing.org.)

B. Cohousing Solutions (cohousing-solutions.com) was started, a cohousing development consulting company that works with groups countrywide, assisting them in setting up realistic budgets, deciding on appropriate development strategies, and sharing our system of creating successful communities.

C. McCamant & Durrett Architects (mccamant-durrett.com) has designed more than 50 cohousing communities throughout the U.S. Each one is as unique as its resident group, and all are aesthetically pleasing examples of cohousing at its very best.

D. McCamant & Durrett Architects (MDA) has hired interns as part of an in-house sharing initiative. MDA’s teaching formula is similar to that used in Danish cohousing, which we learned (from the best) while studying there ourselves.

E. MDA has guided other U.S. and international architects, to develop the skills necessary to create successful cohousing communities.

F. MDA started The Cohousing Company (cohousingco.com), whose emphasis is to create successful and broadly accepted cohousing through “Getting-It-Built” workshops. These workshops help each new group understand the cohousing concept in terms of:

a. The design process

b. The approval process

d. The rolls of all of the players in the development process

It has become the most common means by which successful communities get started in the United States. The organization is highly motivated to help fledgling cohousing efforts around the country. Last May they hosted the best cohousing conference yet in the U.S., and they continue to extend their network.

H. SAGE Cohousing International (sagecohousingadvocates.org) was created. This organization is motivated to get seniors out of their vulnerable situations and into a housing environment that is designed to help them successfully age in place.

In summary, this first cohousing project, Muir Commons, helped Katie and I better understand which methods and practices from Denmark would transfer to the United States. Twenty-five years later, we continue to learn how to make cohousing viable. Although cohousing has yet to become broadly known and accepted in the U.S., we have come to understand two important things:

1. If we continue to make high-functioning model cohousing neighborhoods, like Muir Commons, then others will continue to be attracted to the cohousing concept.

2. Great organization and professional specialization create exceptional cohousing. That is, only when the future residents are organized and the professionals are specialized (and organized) do groups achieve their potential and create the living situations they desire.

Katie and I learned how to create cohousing from the best in the world, and twenty-five years later we continue on this complicated, yet fulfilling, journey to create cohousing. We are as dedicated to it now as we have ever been.