Aging Gratefully: The Power of Community

By: Jenny of CoHousing Solutions December 17, 2015 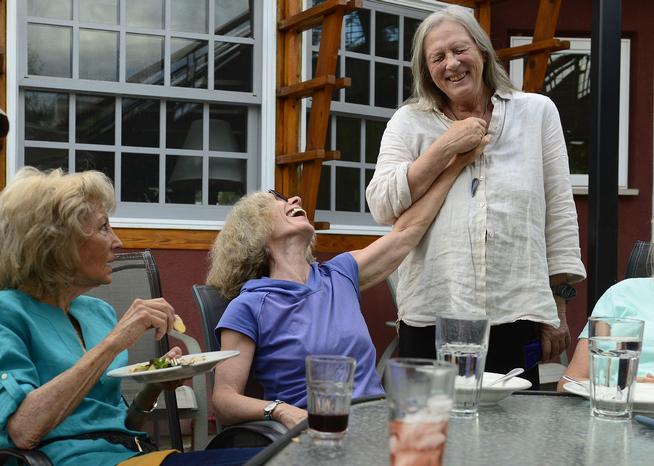 “Aging Gratefully: The Power of Community” (click for preview trailer) is a new documentary by Alan O’Hashi, a filmmaker and resident of Silver Sage in Boulder, CO. Alan’s film includes interviews on aging in community with six of his cohousing neighbors. Visit his website to learn more about Alan’s own Silver Sage story and his inspiration for examining the topics he does in this film.

The first screening this week was, fittingly, for his home community’s residents. Learn more on the documentary’s Facebook page.

There will also be an opportunity for viewing the film at the opening night (May 19) of the upcoming Aging Better Conference in Salt Lake City, UT. Alan is an advisory committee member and has graciously offered to providing a viewing of the full documentary during the Conference. Speaking of, if you’re interested in presenting be sure to submit your proposals by December 20. It’s sure to be a packed two days of insightful conversations about healthy, vibrant aging in community!