Don’t Give Up the Dream 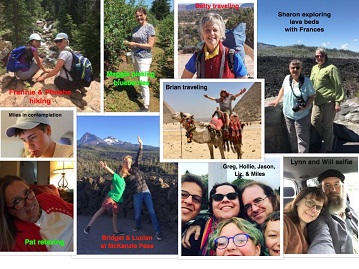 DON’T GIVE UP THE DREAM – IT JUST MIGHT PAY OFF

The seed of cohousing along the Willamette River in Eugene was planted in 2011. Oakleigh
Meadow, LLC incorporated in 2012 . With design & architectural plans in our pocket and
membership interest growing solidly into the double digits, we were jazzed! OMC’s Planned
Unit Development application to the city of Eugene was approved in late 2013 and we
anticipated breaking ground by September 2014 . Then the clock got turned back.

Neighbors – who early on had been actively involved when the original owners reached out to
the neighborhood to ask ’“ How can we use this meadow to enhance community?”, who showed
up to help clear the meadow of invasive blackberries, who enjoyed our marketing picnics on
the land – decided, NO – too much for our quiet neighborhood.

The next 5 years were arduous. “Legal-ise” nearly strangled the life out of our cohousing
dream. In the delay, many wonderful members moved on and those who remained have
struggled to stay positive and get the work done. But, nature often requires seeds to lay
dormant. Seven years from inception and 3 trips later to the Oregon Court of Appeals, OMC is
at a turning point. The appeal itself (vs. procedural points which kept us in the legal spiral) was
finally ruled insubstantial and OMC has the green light to proceed. And so we will!
OMC is ecstatic to be moving forward and re-growing our ranks so that we can begin sharing
our wonderful location on the Willamette River, inviting all members and neighbors – past,
present and future – to come together on the land for meals, frivolity and friendship.

So, hang in there developing community. We are glad we did ! We love Eugene. And we love
the community that comes with cohousing.