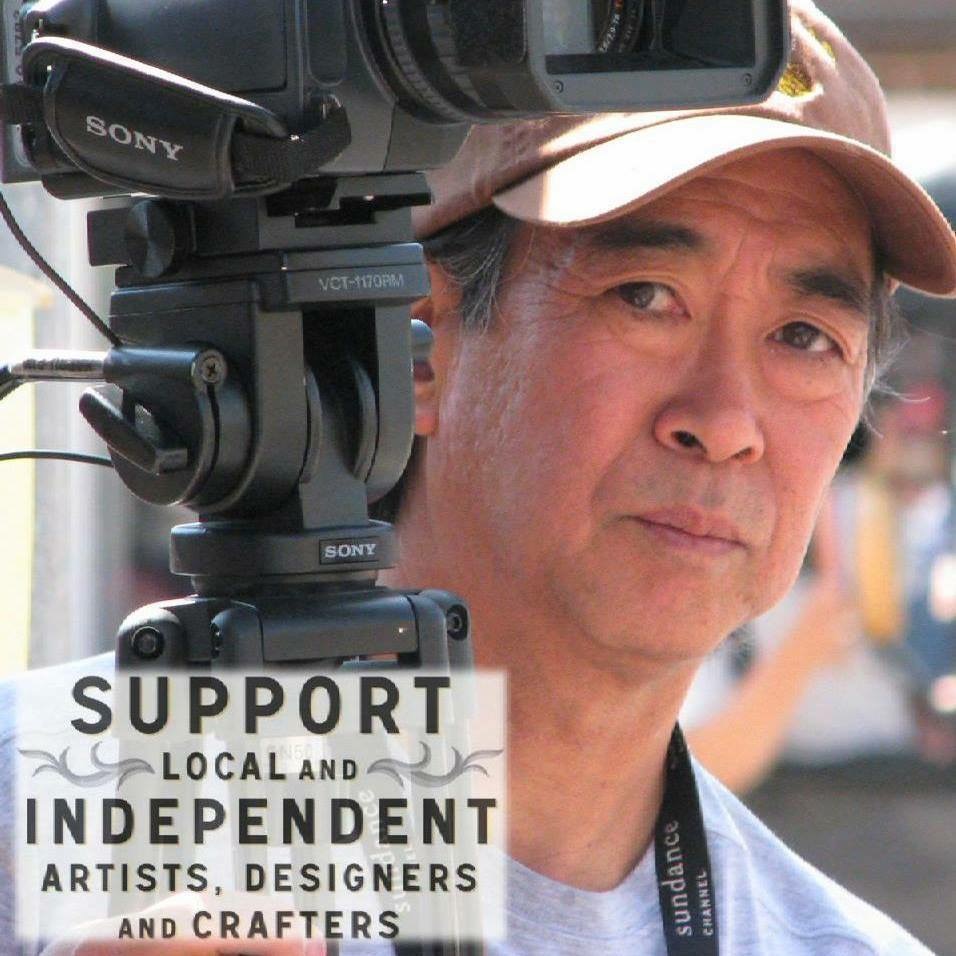 I got a call from my cousin, Alison, recently. These days, whenever relatives call, there’s generally some sort of family emergency. This time, Alison told me her mother – my Auntie Jeannie – had passed away. She had a stroke while sleeping and didn’t wake up. My condolences go out to my cousins Alison and Leslie and her sisters Carol Lou and Janice.

I’ve been attending funerals lately. Last week, it was for Eastern Shoshone tribal elder and one of my mentors Starr Weed in Fort Washakie.

It was my first open casket wake. I don’t know what I expected, but it was solemn and heart breaking. One of Starr’s grandsons, Layha Spoonhunter, was one of my Wind River Tribal College film students. His class project was an oral history of Starr. I felt for him and his mom, Wilma, who is married to my former boss, Harvey, and his aunt Elaine who organizes the Gift of the Waters Pageant in Thermopolis.

A month or so ago, my Uncle Rich died. He had quite a few home health care workers supporting him after he returned from the hospital. He was a 442nd war veteran and in Army Intelligence. He was too small in stature for combat. I also learned after he died, my Aunt Sadako was moved to an assisted living place in Cheyenne.

I live in the Silver Sage Village senior cohousing community in North Boulder. There have been murmurs about it, but just recently the community began discussing “aging in community” which has been on my mind quite a bit, lately.

I’m making a documentary movie about my and my neighbors’ experiences of growing old in cohousing and their thoughts about the future. I’m also helping produce a national conference on the topic that will be held next year May 19 to 21 in Salt Lake City.

My movie won’t be anything earth shattering, but hopefully will give others wanting to start up an intentional community some insight into what to expect. These discussions are about the first ones we’ve had in the five years I’ve been living at Silver Sage Village where the topic has been about something more substantive than maintaining the buildings.

Back to Auntie Jeannie. I also learned that at 77, she was one of the primary care givers to my Auntie Elsie, well into her 90s. A few months ago, she broke her hip and Jeannie got her settled into a rehab / hospice center as well as helping Sadako get settled into her assisted living apartment. I surmise that what happened was Uncle Rich’s home care workers also did more for Sadako than anyone realized.

I imagine with all this care giving Jeannie was a bit stressed out. Elders providing care for other elders is becoming common place anymore and a problem.

I can see myself in that boat particularly since my immediate family is strewn all over the place with their own lives and issues and I have no kids.

Like in Jeannie’s case, the work takes more out of the care giver than the patient.

Cohousing is a way to spread some of the load.

Jeannie was married to my Uncle Jake who was the youngest son on my dad’s side that had 13 total kids. It was a very strong extended family and everything revolved around my grand parents house. Mainly during the summers, everyone would gather various places in Cheyenne and along with the rest of the Japanese community.

On Memorial Day there were big picnics and on the 4th of July we all went out to Jeannie’s parents who lived out in the country and blasted off fireworks.

Back then, all the cousins were close, and all the aunts and uncles were close but there was a big diaspora after the grand parents died. We all became adults, had our own lives and lost the closeness we shared as children.

Social media has helped keep us connected, but it’s still not the same as it was.

How do more seniors get engaged as caregivers for one another?

I had a brush with death and had a visit from the Ghost of Christmases Yet to Come and got a glimpse into my future. What if I couldn’t walk, feed myself, or breathe on my own, flat on my back in a hospital bed?

I can tell you it was lonely.

The hospital was 20 miles away and the rehab place 40 miles away in Denver. I didn’t broadcast that I was laid up but a few neighbors and friends managed to find out and dropped by. I thought it would be a good time to catch up on some editing. I didn’t realize how doped up I was. A guy can only watch so many “Pawn Stars” reruns before boredom sets in.

I’m happy that I got a second chance to do things differently the next time around. I am grateful to be living at a place like Silver Sage Village. At the urging of Diana Helzer, we sold a place nearby with too many stairs in favor of Silver Sage Village that is on the ground floor with no steps and is fully accessible.

I really didn’t know much of anything about cohousing but am lucky to have neighbors who helped out by bringing by food and helping Diana with some of the care giving like transport in the dead of winter.

The downside of living in cohousing is antithetical to any care giving. There are many conflicts about the day – to – day management of the place that arise and escalate, some cause hard feelings, but that’s part of life anywhere and shows how fragile community living can be among a whole variety of personality types. The differences seem more pronounced since everyone also is trying to get along.

In my experience, those sorts of relationships have been more work related, but much of living in cohousing is work related and I’ve had to learn how to separate out my personal life here from my business life here.

When I returned to Silver Sage Village after six weeks of hospital and rehab stints, I don’t know how it happened, but neighbors brought by meals and offers of help. I don’t know if neighborliness can be “organized” but however it came about was greatly appreciated. That, along with the layout of the fully accessible condo, was important in my continuing recovery.

I don’t expect my neighbors to help me into the shower, or wipe my butt, but I hope they’ll continue to mostly be around. Gawande talks about the importance of hospice that helps a person be comfortable and provides ways to navigate life. Do I want my friends and family to be hovering over me out of some sort of self serving sense of duty when I’m delirious and out of it? Is that quality time to be with someone at the last breath?

I’ve put myself into self-imposed hospice now while I still have plenty of breaths left and want to be comfortable in my house living life to its fullest. I’d rather be around family and friends while we still have our wits about us.
Here I thought I was out of the event planning business.

Look out for the “Getting the Band Back Together Tour” truckin’ into a town year you – the Cousins Reunion; Cheyenne, Gillette, Lander, Boulder and points in between.

What a long strange trip it still is!

Reposted from Views from Behind the Lens https://alanohashi.wordpress.com/