It Turns Out We’re a Neurodiverse Community 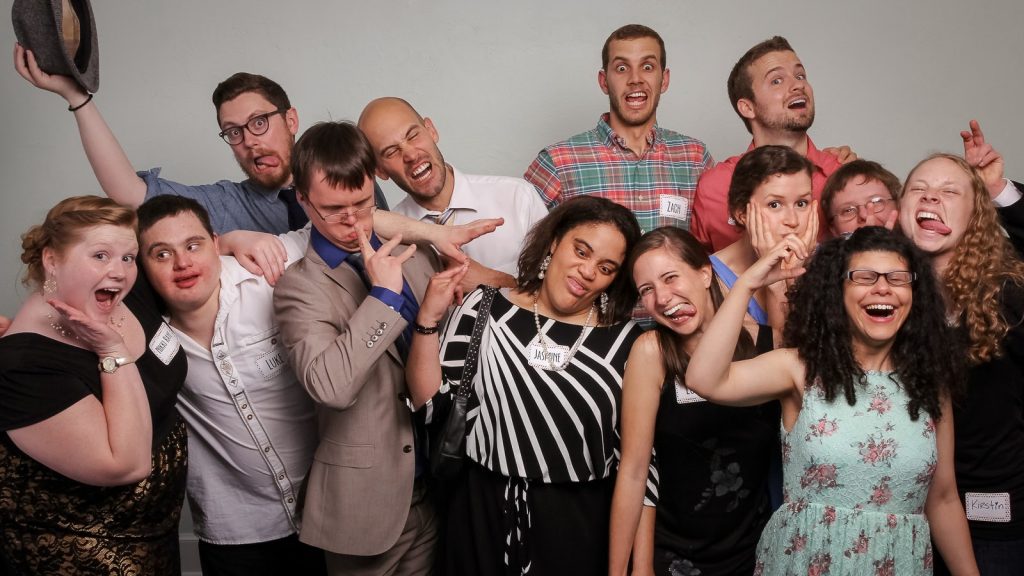 When the Cohousing Association of the United States held their annual conference in Durham, North Carolina, last month, most folks in my neighborhood—just four blocks away—weren’t entirely clear what cohousing was.
But after a few insiders visited our Durham neighborhood, we not only learned what it was but also that we’ve been doing it for the last three years. We also learned a new phrase: “neurodiverse community.”
That’s us in North Street Neighborhood: #neurodiverse.
Most of us have connected over the last six years through Reality Ministries, a community hub for many of our friends with intellectual and physical disabilities. There, about five years ago, families and friends of Durham young adults with disabilities began to dream about a future where these friends could thrive. The ideal kind of community, we discerned, was be one in which there would be:
• people who valued and supported our friends
• food and activities were in walking distance
• wheelchair accessible homes
• access to a bus line to get to and from jobs
• opps for our friends to explore and share their gifts
As we met to pray about how this community might look, we discovered that a local developer had recently purchased 15 buildings in a short sale, occupying a two-block area of downtown Durham. Though he didn’t have plans for the buildings, we already did.
On July 27, 2012, the first family moved into one of these buildings that had been converted into a single-family home and included a separate apartment for their adult son with a developmental disability. More of us continued to trickle in. Some of the buildings were converted to duplexes and others became single-family dwellings that include a separate apartment. Others are triplexes. Additionally, two buildings on Northwood Circle are Friendship Houses—owned and managed by our friends at Hope Spring Village—where young adults with disabilities share life with Duke Divinity School students.
Since the summer of 2012, about sixty new folks have moved into this Durham, NC neighborhood.
We’re old and young. We’re white and black and Asian. We’re single and married. We’re homeowners and renters. We’re people with graduate degrees and people who learn in Special Education classrooms. Some of us are mostly able-bodied. Others aren’t. What we hope distinguishes us is that we want to be neighbors with one another and we want to be neighbors with our neighbors—the ones who’ve lived in Old North Durham for decades.
Though we don’t expect that others will replicate exactly what we’ve done here in Durham, we do see the way in which it’s already opened up imaginations, around the country, to the abilities and freedom our friends with disabilities can enjoy and the gift that they are to our community and to the world.
If you’d like to learn more about who we are, visit:
North Street Neighborhoodhttp://northstreetneighborhood.weebly.com/
Reality Ministries http://www.realityministriesinc.org/
Friendship House Durham http://friendshiphousedurham.weebly.com/
Friendship House Partners http://friendshiphousepartners.com/
Note: We’re also cheering on friends in Durham who have been planting and watering the seeds for a L’Arche http://www.larcheusa.org/
home to sprout in our city!